What happened to the Maindee Map Room?

One of the original plans for Llyfrgell Maindee Library + was to have a dedicated area of the library ( to be called “The Map Room”) as the nerve centre for this. The  intended focus of use would be on community engagement though literal and metaphorical mapping activities. Using data, research methods, artist led activity and signposting initiatives The Map Room will produce a series of multi-layered maps of the area.

The Map Room concept is based on WWII map rooms, such as the one illustrated above in Southwick House, Portsmouth, which formed the information  hub for the D Day landings.

Now that we have had time to develop the Finding Maindee project, through many New Paths projects and are also in a position to proceed with the library redevelopment, it is worth looking back at what we considered in the original Map Room workshop in January 2016.

These are some of the discussions that we had in January 2016. Now that a budget has been set we now have the chance to implement some of these ideas. The comments about what else has been achieved are shown in pink.

Other ideas could be textiles - community patchwork quilt-making etc, there is a broad variety of "wet" and "dry" activities but all generally small-scale and reasonably two-dimensional)

PRIVATE: self-organised community groups that would book the space (eg. Schools, other groups) to carry out one of the above workshops privately. 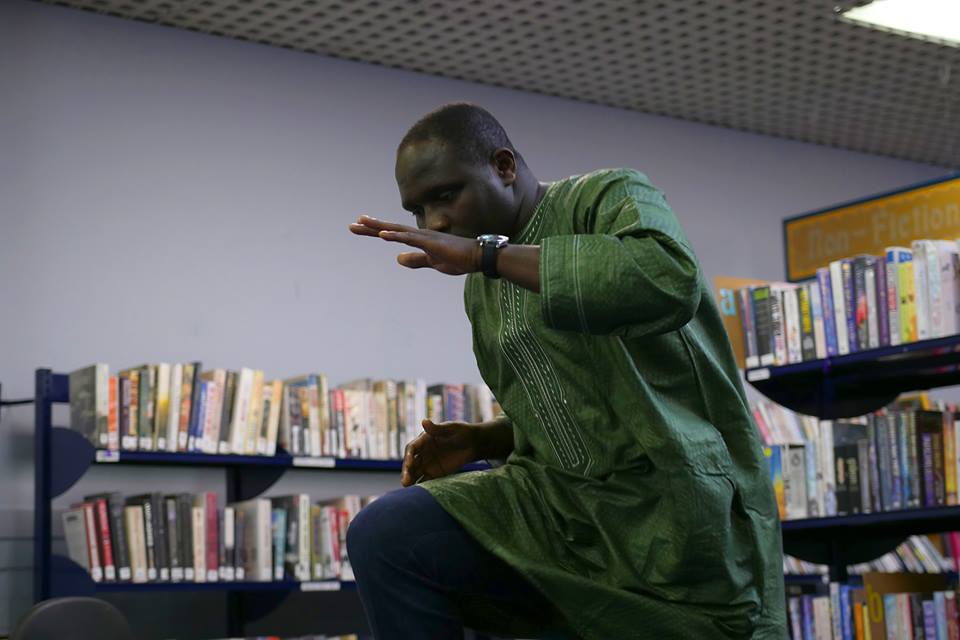 - Current update February. As well as dancing [see above] we have seen a broad range of activities that help to map Maindee - including Dilip Sinha's photogrpahy, Steph Robert's mosaic work, Marion Cheung's tapestry and now Ismael's project is mapping social networks in Maindee http://www.maindee.org/blog/theatre-for-change-one-month-in and in the summer we will have lots of activities to support the Newport Legends opera

2. Map Room as a function room

​Space can be booked out (publicly or privately) to carry out ​workshops and activities not map-related or loosely map-related. Eg. "Map your career prospects" or "Map your journey to the UK" or "Draw your moral compass" - could be hired out at a cost for special events - eg. 18th birthdays or U3A type meetings??

- Comment February 2017. We have estbalished the private hire space in the library and which currently hosts counselling sessions, baby drop-ins and more. The space will be improved as we develop the library.

3. Work in harmony with the Library

The library continues to function as a library. As a result the Map Room, which is essentially a workshop/activity space, needs to feel like a welcoming, inclusive space, that doesn't make the library an unpleasant space for people not taking part in the activities. Considerations for privacy, noise, and visual distractions need to be taken when designing the structure. Should the Room be positioned at the entrance to the library? Or at the back, with appropriate signposting? Exhibitions can be scattered throughout library space in order to create intrigue.

- Comment February 2017. We have established something of a space at the rear of the library which was first used by Steph Roberts. Making this more obvious is definitely part of the work to refurbish the library.

Ideas and observations about how to use the space

The importance of the ‘front door’- need to avoid alienating people as they enter the library..the map room needs to easily integrate into the wider use of the space as a library so as not to disorientate library visitors. What is a welcoming space? 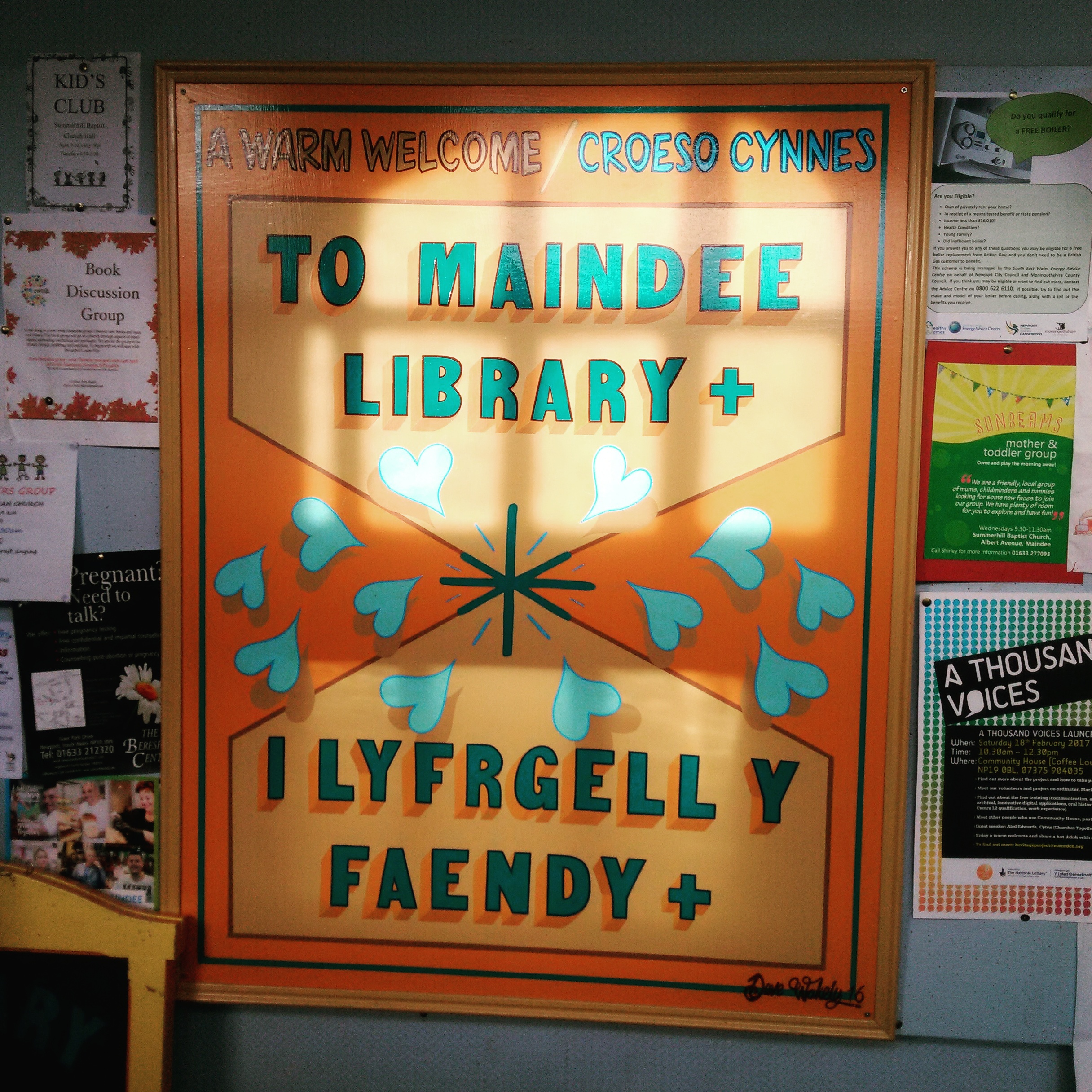 - Update February 2017 - The image above and the blog article from early February 2017 shows that such an atmosphere has been created http://www.maindee.org/blog/looking-forward-at-library

The space may over time generate a need for additional storage. Maybe plan for this in advance…

Think about what information may be collected over time- particularly artifacts and objects people may bring in/donate which tell the story of Maindee- how these may be incorporated into and potentially put on display in the space- it could take on a mapping/museum type role.

Explore using the small space out the front of the building for activities and how that could act as a display area and place of information (particularly in the summer). Maybe some of the furniture/display elements indoors could be designed to work outside as well?

Ensure that feedback and ideas about using the space are collected as activities start to inform the commissioned designer/artist.

Could make an initial transformation now to announce the project and support the initiating of activity and the design process.

- Comment February 2017. Jo Haycock is looking to create a front room-style temporary space in the library where she display her photogrpahy http://www.maindee.org/blog/second-new-paths-gathering