On Monday 23 January we met Guy O’Donnell from the Sherman 5 project at the Sherman Theatre in Cardiff. What we learned was how the practice of meeting people from the types of neighbourhood where people don’t normally go to the theatre can help to make arts venues – and art programmes – much more inclusive. 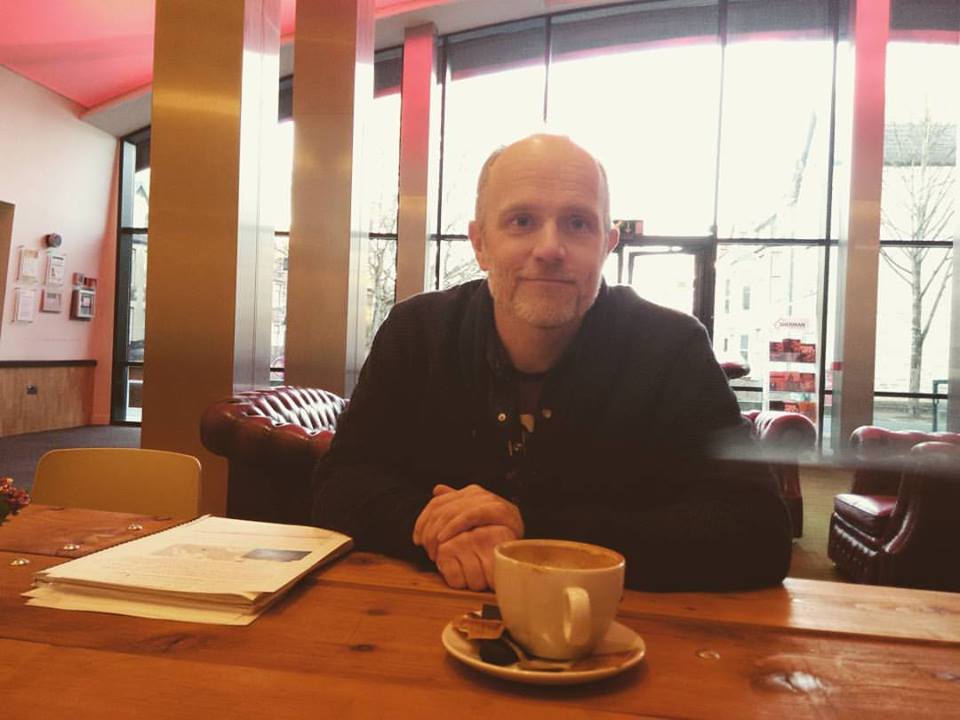 The Sherman 5 is funded by the Paul Hamlyn Foundation as a project to diversify the Sherman’s audience. Since Guy [above] started he has linked with different Communities First projects and some of the benefits have already been felt by Maindee Library volunteers: in the summer a group used their Time Credits to see ‘Before I Leave’ at The Sherman.

This blog article considers how Sherman 5's engagement with people, and empowered a group of Sherman 5 champions, has led to some positive results for both the artistic programme at The Sherman and the way that the space is managed.

The art of conversation

In Maindee we have often been surprised and impressed by what can come from the meetings and conversations people have through art projects. For example, Mr and Mrs Clark’s project ‘Inviting the Neighbours Around to Paint’ in October 2016 revealed a lot about the communities living around Chepstow Road. At our recent New Paths gathering, we heard from both Marion and Dilip how they think hard about how they communicate with people to create tapestries and photographs. The art of how to conduct a conversation was also very evident in the Blaenau Gwent gathering in December. 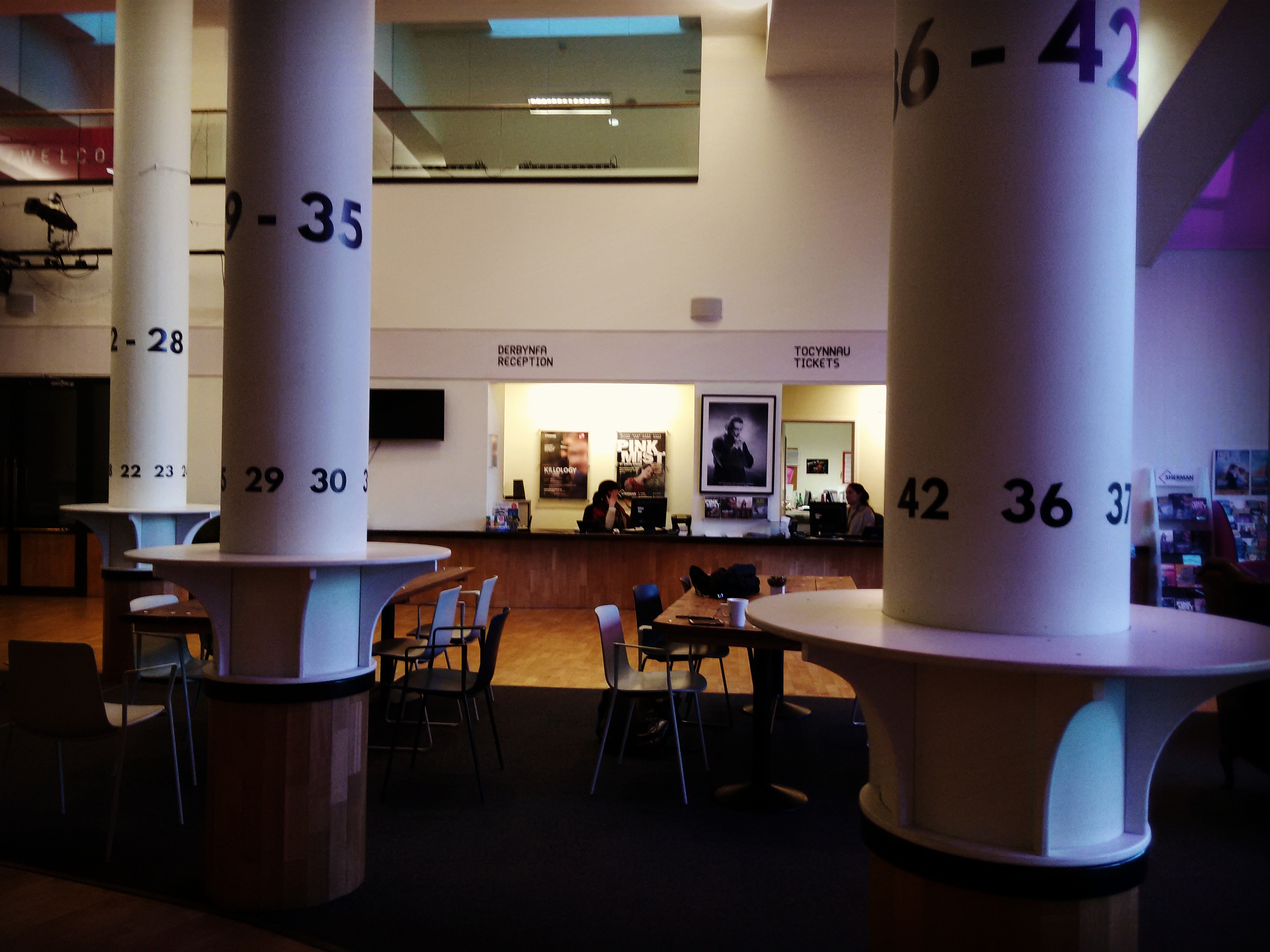 Guy explained an example of a project with a group of Muslim women in Cardiff. They had come to see a play [above main reception space at The Sherman] about women living in the 17th and 18th century Britain and had found that this really helped them to open up – particularly when they later tried on the type of clothes used in the play. It was as if the telling of a story from some hundreds of years ago helped them connect with some of the challenges they faced. Guy admitted that a lot of the techniques he used through Sherman 5 had been inspired by the work of Cardiff-based artist Rabab Ghazoul.

The main point that we learned from meeting Guy was how this project had acted as a kind of ‘change agency’ for the organisation – helping to research how the theatre and its artistic programme can adapt to a wider audience. Next we talked about how these conversations helped with the way that the space at the Sherman is used – especially as we are about to look at the library.

Considering how spaces are designed and used

As reported by the South Wales Argus in January, we hope to make the library a better space. There is already a track record of a wide variety of uses, including: people who drop-in to borrow a book or use the computer; people who take part in arts activities as well as those who come for events and room hire. Visiting The Sherman we realised how the lines of communication with the people who use – or maybe don’t use - the space and really important.

Through Sherman 5, and the Sherman Plays outreach project, Guy and his colleagues have met many people from different backgrounds and brought them into the theatre space on Senghennyd Road. They have found that people who don’t regularly come to the theatre ask very different questions, such as: 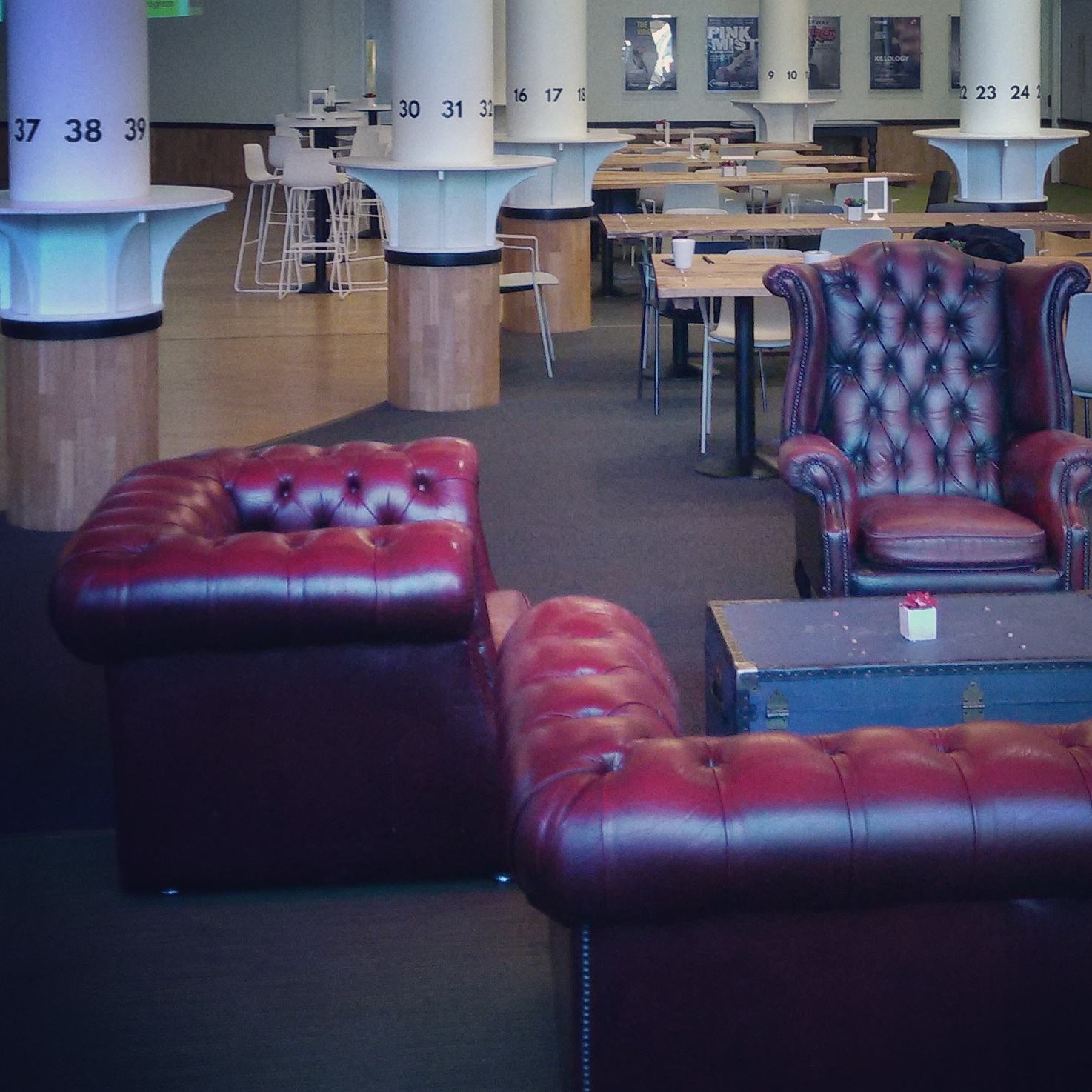 Guy also talked about some of the work to welcome people who have dementia. As well as the logistical considerations within the building, such as giving people more time to arrive and having wheelchair access, there were a number of ways in which plays are slightly modified. For example, some of the more scary scenes are modified and some characters are explained a little better than normally. There is also a visual guide to the play. All of this will help the Sherman Theatre as they aim to become a dementia-friendly venue.

And a final though

Through projects, such as Sherman 5, making such efforts to meet a diverse range of people and influence practice there are clearly concessions for the arts to consider making: so should art and the consumption of art be made more predictable? Should playwrights, like many artists, be constrained in their desire for us to experience their artwork and come to our own conclusions by exploring ambiguity and meaning?

As such we touch on the artistic discipline as something which is on the other side of the equation to the classical notions of science: that is to say that science provides statistical evidence and some ideas of certainty whilst art taps into emotion and the here and now. The Sherman 5 projects seems to capture the here and now, then turns it into something statistical and scientific and tries to put it back to the here and now. It’s all quite complicated, but fascinating none-the-less.

About the Sherman 5 project

Sherman 5 is funded by the Paul Hamlyn Foundation