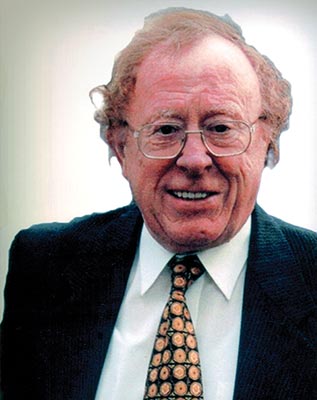 There was great sadness in Maindee when people heard of the death of Hugh Clark, one of the area’s greatest characters. He was a councillor for the old Maindee ward in the late 60’s and then for Beechwood from 1999 to 2012, having won the last by-election of the 20th century. Had he been re-elected in 2012 he would have been Mayor of Newport.

Despite suffering increasingly from MS, he was an assiduous councillor. He was to be seen around the ward on his buggy and he rarely missed a council or committee meeting or a ward surgery. As a governor of St Julian’s Primary School he attended all meetings and school concerts etc. He was constantly on the phone sorting out constituents’ problems, as he always knew exactly the right person to contact.

He was a lifelong Liberal, displaying a “Join the Liberals” sticker on his car during his and Val’s honeymoon tour of the West Country, and he fought the parliamentary seat of Abertillery in the 1970’s. He was President of Newport liberal Democrats.

He was a loyal supporter of Newport County AFC having been a season ticket holder since the 1950s. He was proud to have the Supporters’ Club membership card number 1.

He worked at Monsanto’s where he met Val and they were married for 56 years. He later worked at Spencer Works from its inception and he chaired the Iron & Steel Federation Union and his meetings with management were undoubtedly lively affairs. Like half the staff he was made redundant and took a degree course at Caerleon before becoming a lecturer at Nash College. 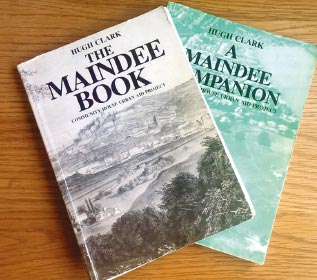 He was always surrounded by books, having been born opposite the Carnegie Library in Corporation Road. He wrote for publications like the Guardian and Punch. In the late 1980’s he was employed by the Community House Urban Aid Project to write The Maindee Book and a Maindee Companion to foster a sense of community in Maindee. He visited numerous people to record their memories and publish their photographs. 2,000 copies of the first book were sold and a similar number of the second. They are both long out of print and are now collectors’ items keenly sought after.

A reprint is surely called for.

Despite his illness, Hugh remained cheerful and good tempered and he never lost his wicked sense of humour. He was always good company and a delight to be with. He will be sadly missed.