From Summer Hill to Fair Oaks

Dilip Sinha recently started his New Paths project '2016 Maindee Photographic Survey'. It is the intention of this introductory blog to contextualise Dilip's project by giving some background information and inspirations to this project. 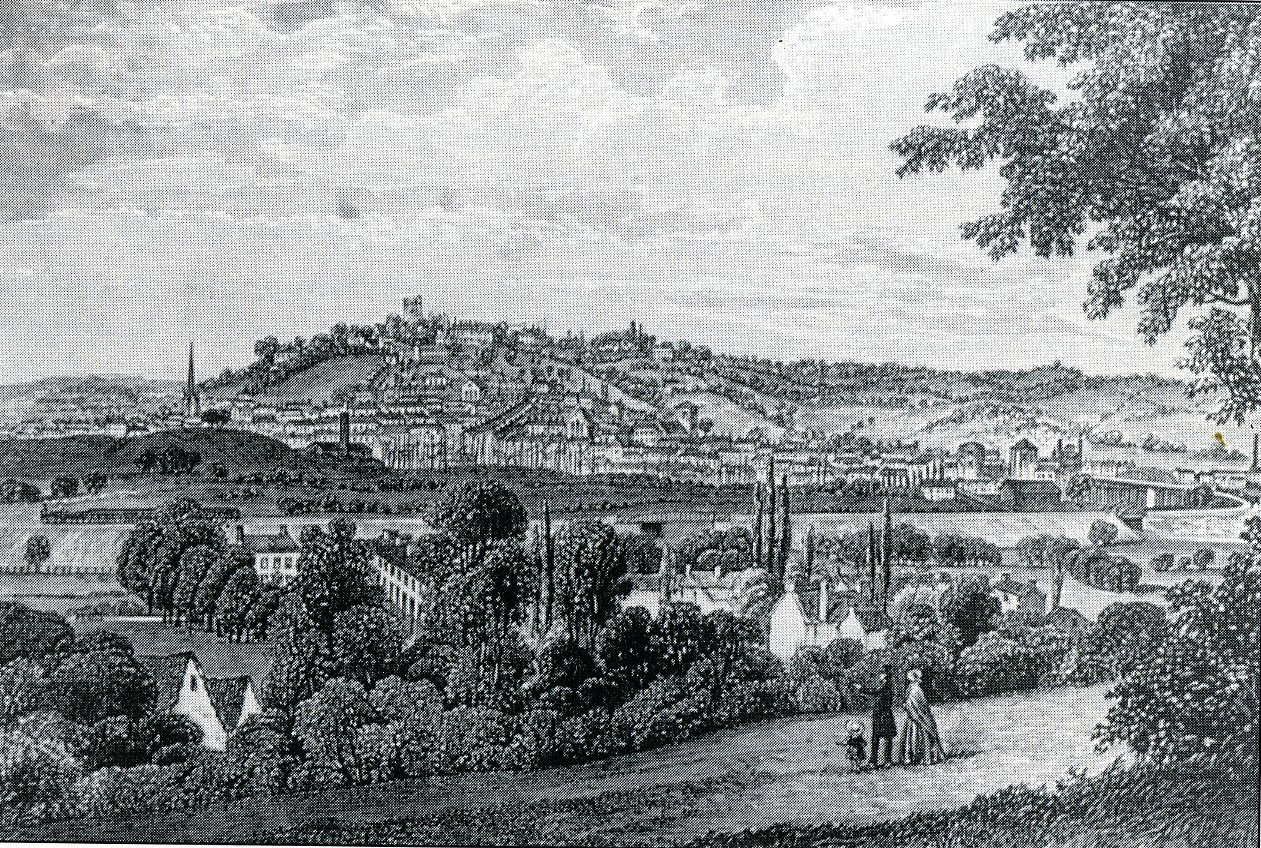 Above is the view from Summer Hill in Maindee, looking over the River Usk towards Newport town centre,1865. Surveying and documenting the Maindee of today Dilip says that:

"I have been and will continue engaging in a traditional style of photographical documentation the people and environment of Maindee, a district in Newport, South Wales. This documentation will serve as a historical record and hopefully help to give pride to the residents of Maindee and - hopefully along with the work with Maindee Unlimited and Maindee Library - assist in helping to rejuvenate the area."

Dilip plans to create pop-up exhibitions in pubs, shops and on the streets of Maindee from where the images have been taken: making it accessible to the general public and with a final exhibition consisting of around 200 images. The main influence of the dissemination of the work is from Zoe Strauss's work Under I 95

The main inspiration of the project is the Newport Survey. The Newport Survey was a series of publications undertaken by Documentary Photography students from Gwent College of Higher Education between1980 to 1988. The journals were mainly photographically based, with text. Each publication focused on an aspect of human life in Newport. The titles and themes of consecutive editions were: The Family, Newport Neighbourhoods; The River Usk, Industry; Roll on Friday (leisure); God in Wales (religion); From the Cradle to the Grave (the health service in Newport) and the Five Rs. (education). 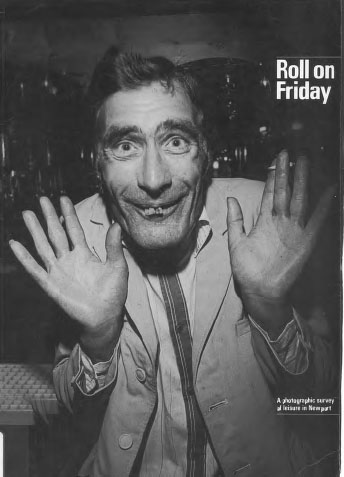 Cover of the Newport Survey  (Leisure in Newport edition)

Dilips explains the historical and political context of the Newport Survey:

"The political turmoil in the seventies and early eighties, with rising inflation and petrol prices, led to large scale industrial strikes and power cuts, which were spearheaded by capped pay rises imposed by the Conservative government. In 1979 the Conservative government regained power - unemployment doubled. In 1984 a bitter dispute eschewed between Margaret Thatcher and the National Union of Miners. Coal had been the driving force for British Industry, under the pressure imposed by Thatcher more coalmines were closed which had a knock on effect to other industries.

The decline in Britain’s once thriving Industries was immense and with this came an end to an era of traditional working class communities and culture."

Dilip articulates that the Newport Survey was part of a socialist ideology which became commonplace amongst students, partly through an awareness of the misfortunes of some working class communities which had been hit by the economic downfall in the early seventies through to the eighties. He argues that with this came an increasing desire to give people a voice:

"There were an increasing number of photographers who sought their inspiration within these communities, many of whom came to live in close proximity to them.

This is evident in the1984 Industry edition of the Newport Survey, with the choice of using Neil Kinnock (leader of the Labour party in1983-1992) to write the preface."

This Maindee project therefore follows in the footsteps of the Newport Survey with a similar pattern of social enquiry, only this time with what Dilip describes as:

"...the economic transition from the recession (the credit crunch) in 2007, through its on going socioeconomic metamorphic transformation today, which has lead to a significantly high movement of residents in - and out of - Maindee to the current political unrest."

A much smaller area will be covered than in the Newport Survey: that area is the Victoria ward of Maindee. The title of the project “Built on the Side of Summer Hill and Fair Oaks” is taken from Jan Preece’s Newport through Time and is a reference to Maindee’s former glory.

In 1933 the writer J.B. Priestley was commissioned to conduct a survey of England. Traveling around England in 1933 at the time of the great depression, Priestley witnessed the tragedy of the working class communities. His subsequent publication English Journey became a plea for social change, in support of those neglected and forgotten communities he came across on his journey.

George Orwell took inspiration from Priestley’s English Journey for his 1937 publication The Road to Wigan Pier. Orwell’s book, like Priestley’s, was also an enquiry into the depressed industrialised areas of England. The Left Book Club, a socialist group, commissioned Orwell’s book to investigate the poverty and mass unemployment of these areas. Orwell had stayed in the northern towns and cities to gain more insight into these areas and subsequently they became popular destinations and a focus for socially concerned artists and photographers.

Following in the footsteps of Bill Brandt, and Humphrey Spender in the thirties, this type of enquiry into working class culture became very popular in the seventies and early eighties and had a focus on the changing face of these communities with the continued effects of deindustrialization and the effects of Thatcherism. 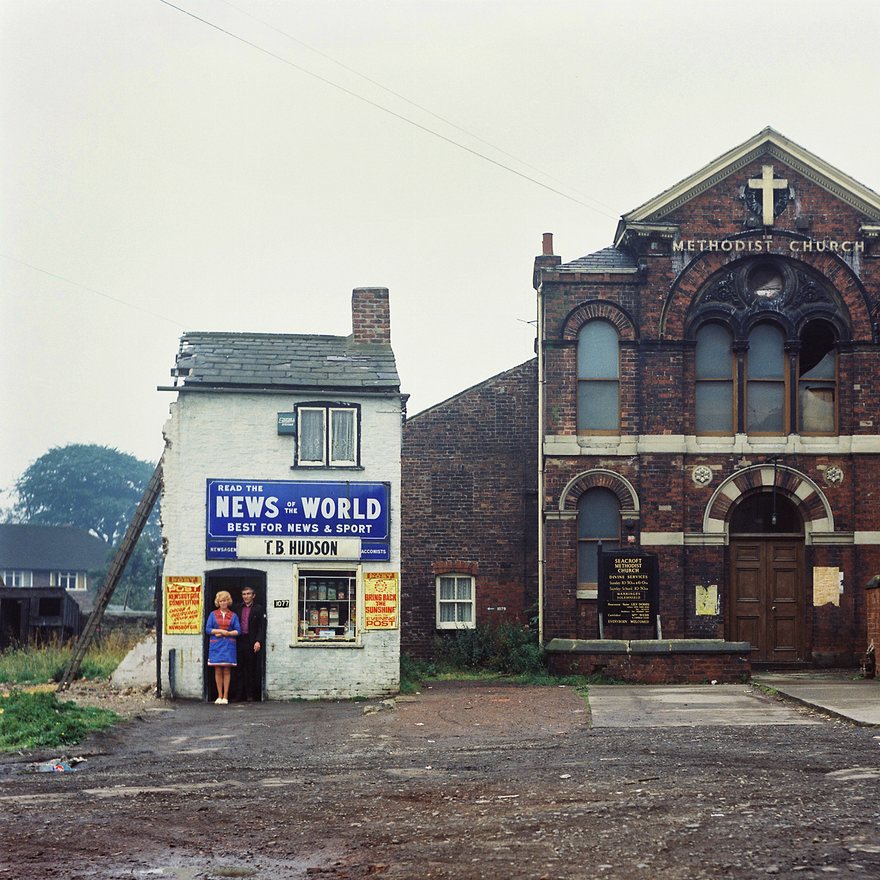 Some notable photographers of this period, engaging in this type of documentation are:  Don McCullin, Nick Hedges (Hedges powerful images, taken between 1962-1972 were commissioned by Shelter the homeless charity and can be viewed on the Shelter Scotland website.

Closer to home, established by Ffotogallery a development agency for photography in Wales, was The Vallley Archives which in 1985 commissioned two photographers: Ron McCormick and Paul Reas. Both McCormick and Reas were actively involved in the Newport Survey and taught at Newport Documentary Photography course. For more information on the Valleys Project read reviews on McCormick's recent show How Green Was My Valley and a collection of recently unearthed works from the 1960s and 1970s.

A particular influence to an aesthetic used for some of Dilip's portraits is Daniel Meadows who also taught at the Newport Documentary Photography course and was also involved in the Newport Survey. Daniel Meadows had studied with Martin Parr at Manchester Polytechnic and witnessed the physical effects of a declining cotton industry. Together they collaborated on a project inspired by the television series Coronation Street. The project subsequently was named June Street.

June Street is a series of photographs taken in Salford 1975. The subject was twenty houses, awaiting demolition. The photographs were formal portraits of the families who lived in the condemned properties. Over time these photographs have become historical testaments of style, fashion and lifestyle in a bygone time. A short film about June St can be viewed on https://vimeo.com/57256051 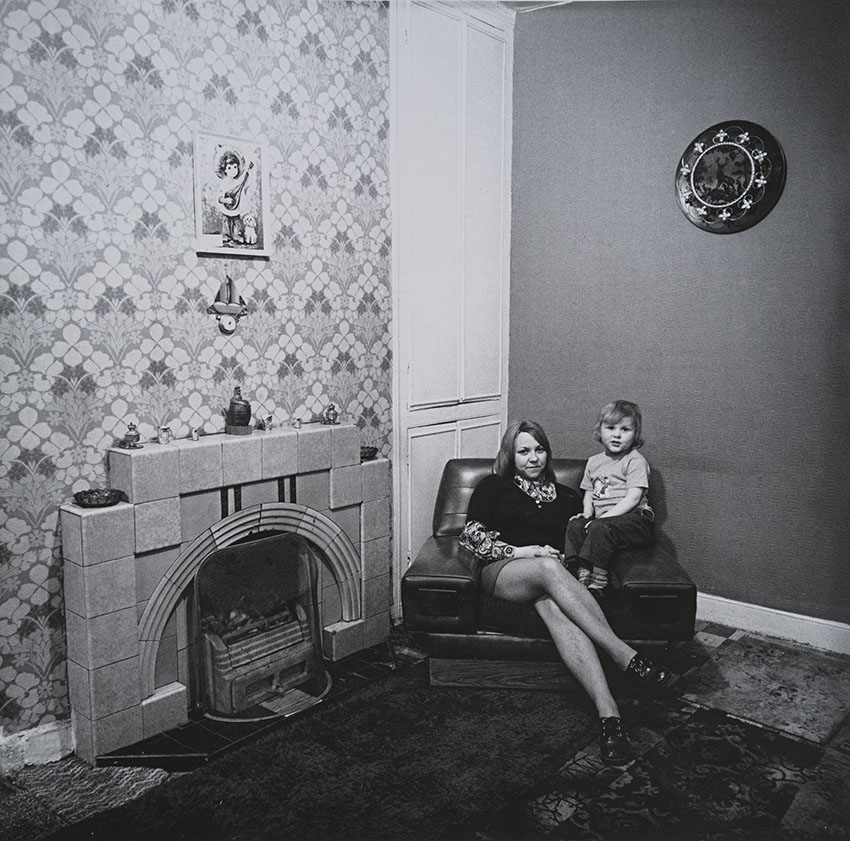 The final inspiration is from work carried out in Byker. Dilip says that:

"I must pay homage to the Finnish photographer Sirka-Liisa Konttinen’s seminal work of a working class village situated just outside Newcastle upon Tyne.  Konttinen’s engagement with the village and its community was absolute. She lived with the community for six years in the early seventies gaining an insiders view, with unlimited access. In the time she spent in Byker, besides her intimate photographs, she collected oral traditions and stories and became involved in their plight as the entire area was due to be redeveloped and the residents forced out of their homes. In 1983 She published the classic book Byker. In 2004 she returned to the new Byker resulting in a book of colour photographs Byker Revisited."

In the following quote in an interview for the Guardian in 2009 Konttinen stated one of her pet hates:

"Conceptual photography. A lot of British life has gone by without photographers becoming involved. You need to embed yourself in the real world, to understand what people's lives are about." 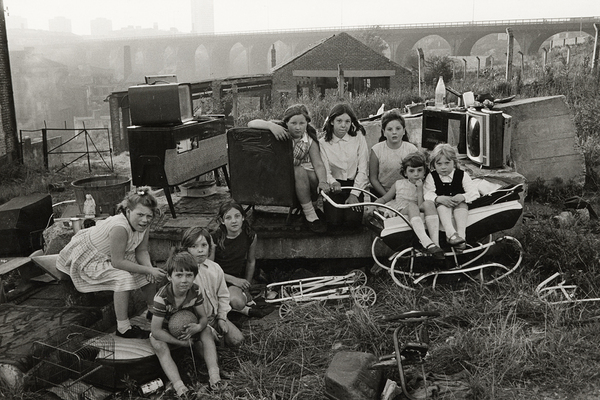 Dilip looks forward to embedding himself in the community of Maindee and we are really pleased to have him working with us. Please feel free to get in touch with us if you have any questions or would like to get involved.

Zoe Strauss gallery at Under I 95

Ffotogallery for photography in Wales

Ron McCormick's recent show How Green Was My Valley

Collection of recently unearthed works from the 1960s and 1970s.

A short film about June St on Vimeo.com