Synergies and Opportunities for Opera in Maindee

We reported in December last year that the energy of Operasonic is coming to Maindee. The plan of Creative Director Rhian Hutchings is to source an opera from the stories and people of Maindee and which will be performed at the Riverfront on Sunday 1st July. 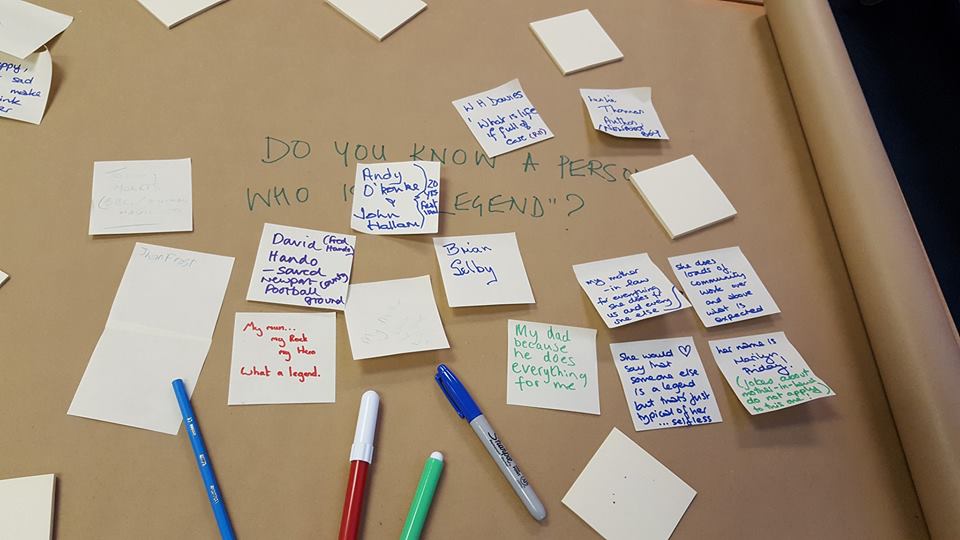 The first session was held on Saturday 10th December. On a cold day people were enticed by tea and cake to talk about local legends and the spaces of significant local meaning [post-it stickers above]. The main writer of our legend, Poly Graham, started to see the places that would be significant in getting a feel for the everyday drama: such as rugby [and football] at Rodney Parade, community gatherings at Community House Eton Road and the Conway Road sweet factory.

This blog explains how the opera will be written and how it is influenced by some of the other art projects within Finding Maindee...

Operasonic are producing 4 separate Newport Legends ahead of the final show in July. Maindee is the only one where they are working with a community of people rather than a school. Rhian explained that they chose to feature Maindee as there is a 'specific context' and quite a lot of work through the Library and Finding Maindee to explore everyday life.

Rhian explained to us that different writing team has been assembled for the Maindee opera to the school-based work: in this case the facilitator of the drama is Polly (pictured right alongside Rhian on the left) who will be working alongside a composer called Jack White. 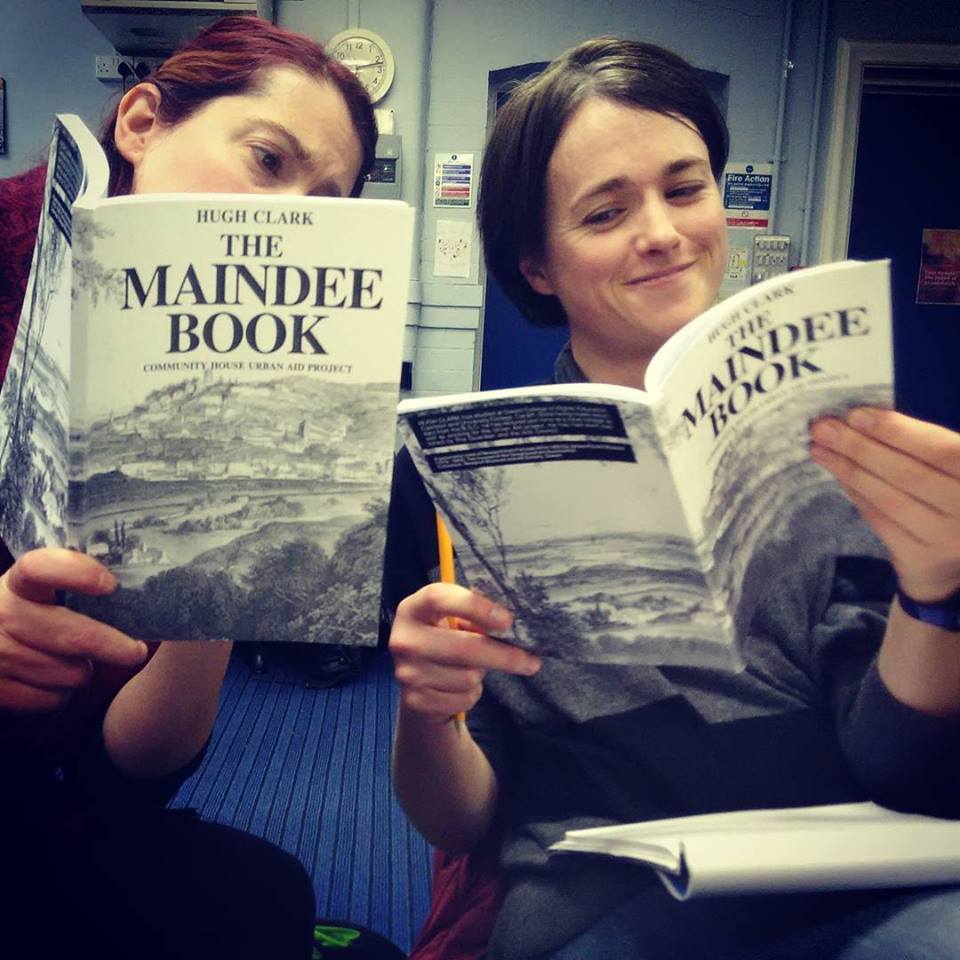 This month Polly was featured in the Guardian as one of the 20 talents set to take 2017 by storm so we are luck to have her!! Polly approaches the whole opera as the story writer whilst the composer writes the music. In this case she is looking at participatory interaction: both to pick up on the stories that will go on to be part of the final production and the people who may also be happy to take to the Riverfront stage on July 2nd!

With much of Operasonic's other work in Newport they are working with schools. Working with a community is not the same thing. Although it sometimes can be hard to explain the concept of opera to young minds, in many ways schools present a captive audience. Maindee is a different challenge because there is no obvious group of people to work with. Like Marion Webber explained to us in January, the potential and opportunitiy of collaborations with other artists, researchers and community activists is therefore important. We are hoping that new format of New Paths gatherings can be a way for Operasonic to find stories, ideas and the participants.

As hinted above the New Paths gathering helped people to start to see how the different artists involved in Finding Maindee are uncovering lots of interesting material; and that they can sometimes help each other in unexpected ways.

When it comes to the stories that may be interesting to an opera, Marion explained her ongoing work at Community House [New Paths blog post part 1] and some of Dilip's discoveries of spaces such as the Gospel Hall and the Pigeon Club [New Paths blog post part 2]. In terms of music we have the weekly Sounds Alive sessions and there are some other people looking at the sonic landscape of Chepstow Road.

Sometimes we have to think about the material used in the production of other art forms to see how it can help us. For example the Street Media team took lots of notes and recorded some interviews as they discovered the shops and businesses in the summer of 2016 to make the Street Media films. Some of these stories could be developed to find the local legends...

So we hope to soon confirm a February date where the Operasonic writing team can come to the library and develop their ideas a little further! We hope that this adds a fun element to the work that we are doing.