Last weeek a couple of us went to London to visit the Esmee Fairbairn Foundation - one of the organisations that financially supports the Finding Maindee project.

In this short blog post we explain a little about what Esmee Fairbairn do and how it was great to meet some of the organisations and projects funded by them. We also got the chance to see some inspiration from the 2016 Turner Prize and the very special Wellcome Collection.

More about the Esmee Fairbairn Foundation

The Esmee Fairbairn Foundation supports many different charitable activities across the UK; Maindee Unlimited was fortunate in being able to secure a £50,000 grant from them in 2015 for the work on Finding Maindee and Street Media.

All of the Foundation's four main sectors are important to us in Maindee: arts; children and young people; environment and social change. We were able to meet a wide variety of other organisations at the gathering on September 29th. For example we met the Enthusiasm Trust [working with young people in Manchester and the East Midlands], Refugee Action, the Latin America Womens Rights Service  [doing similar work to HISLA in Newport] and the Other Room Theatre from Cardiff.

In the long term these links could be important as Maindee is more like the edges of cities like Derby or Nottingham than it is other parts of Wales. A number of short films made by other Esmee Fairbairn projects was also being shown at the event.

And an opportunity to see some art...

In the spirit of the Esmee Fairbairn Foundation it was good to get the chance to see some art at the 2016 Turner Prize at Tate Modern. Of the four short-listed entrants for this prestigious prize it was the piece by Micheal Dean which had the most impact both visually and conceptually. 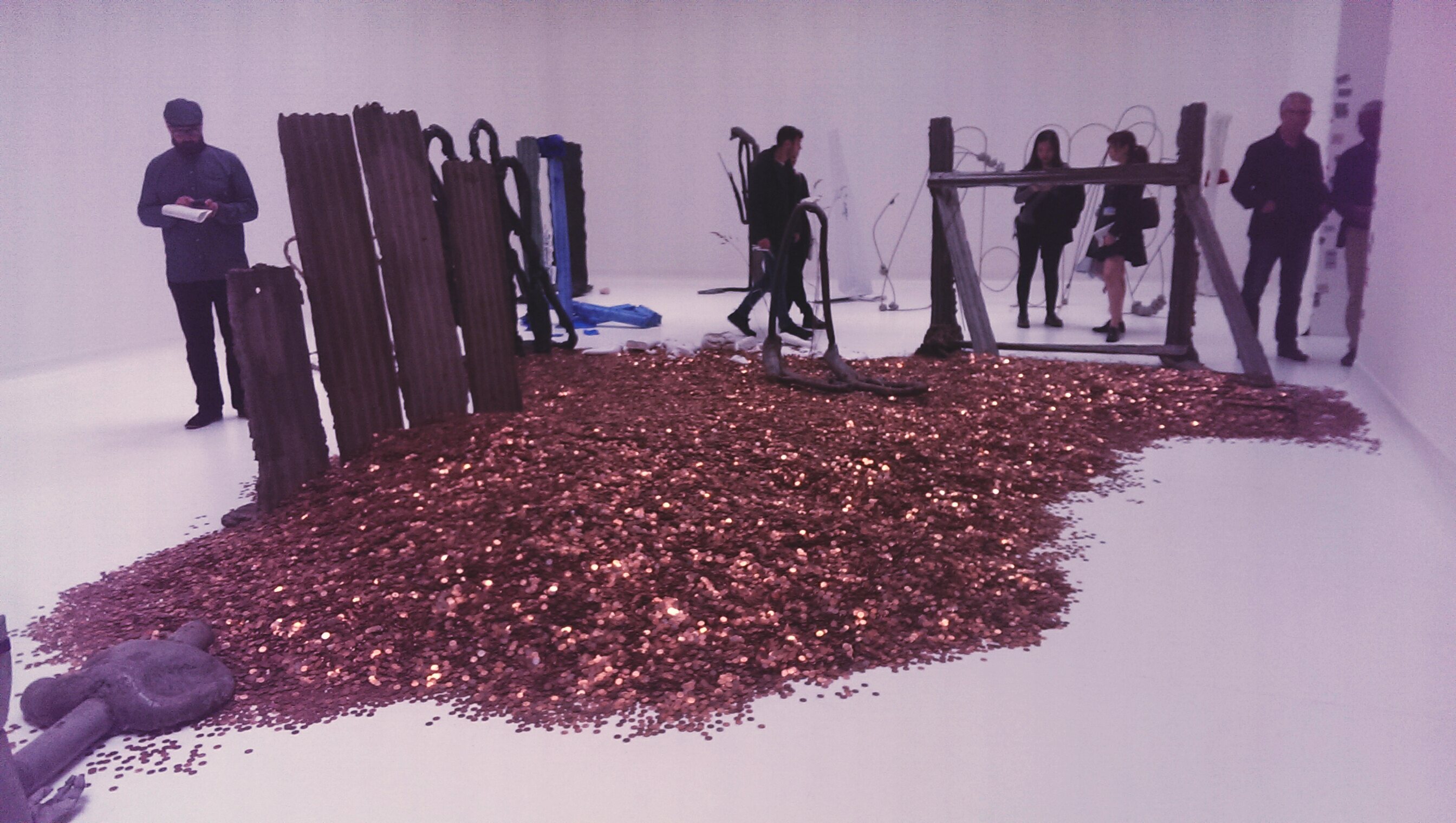 "...the amount of money the government states is the minimum that two adults and two children need to survive for a year in the UK. When installing the work, Dean removed one coin, meaning that now the money you see before you is one penny less than the poverty line."

Within the piece there was the repeated use of the word 'shore'. It's not clear what this meant, but it was thought-provoking to consider how reaching the level of income which is enough to live [according to the government] is like like swimming to safety and reaching the edge [or shoreline] of the sea. Everybody will have different interpretations.

And an another inspiring place...

The other place that we visited in London was the Wellcome Collection near Euston Station. Like Esmee Fairbairn, a charitable foundation supports this free collection which:

"...explores the connections between medicine, life and art in the past, present and future."

There was a really interesting exhibition called 'Bedlam: the asylum and behond' which explores the way that mental health care in Britain has developed over the last two centuries. 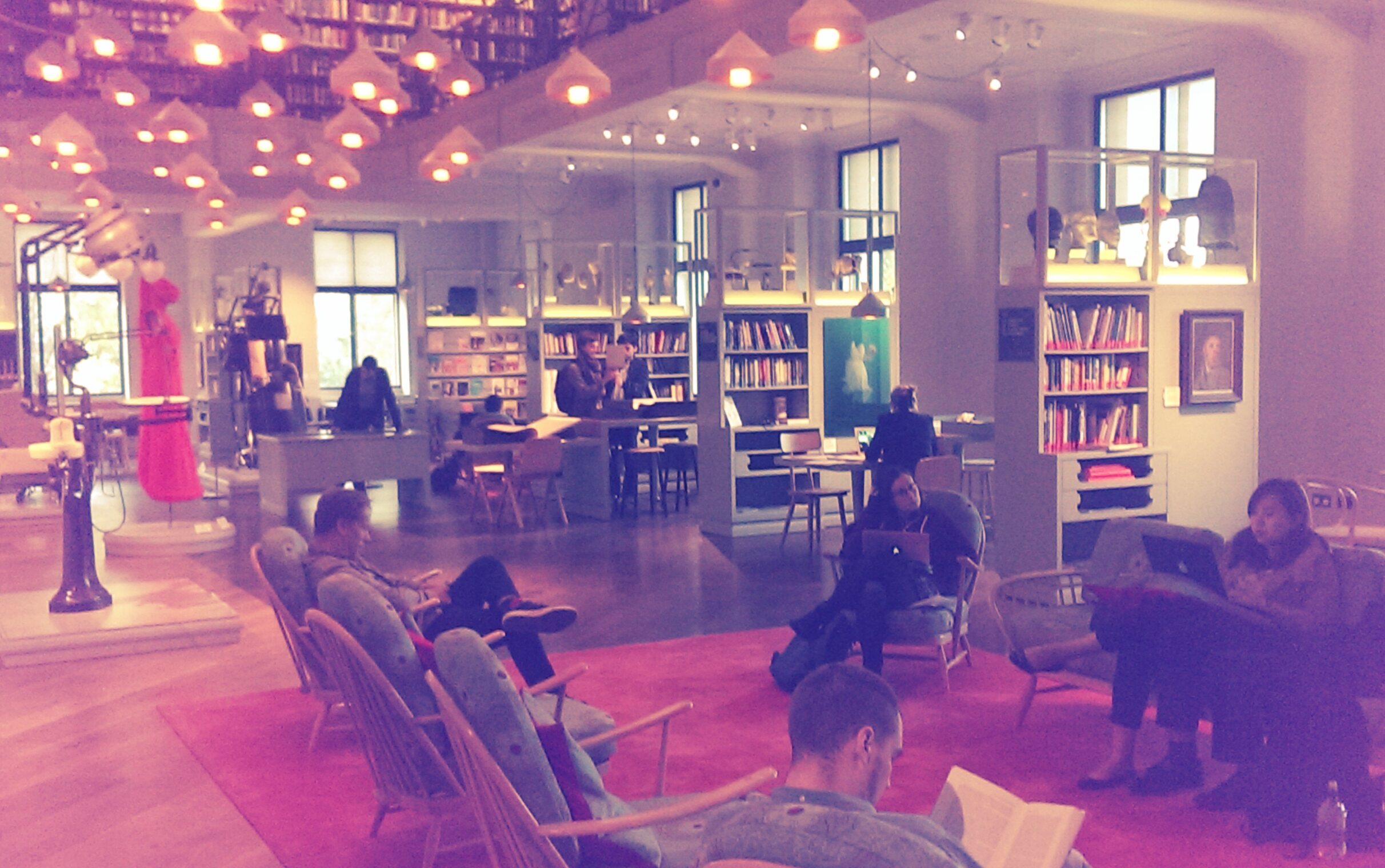 Pictured above is the Reading Room on the second floor. This space marries artistic and practical approaches to creating a space that is enjoyable to read and study. It is much larger than anything we have at Maindee, but hopefully there are some ideas which could inspire future developments.

Whilst we can also apsire to new ideas, it is pleasing to acknowledge that our work is already innovative. An artistic approach to mental health and wellbeing is one of the inspirations behind one of the current projects in Maindee. The free drop-in Sounds Alive music sessions are run by Rohan Kane Bishop and happpen every Wednesday at 6pm in the Library.

The Other Room Theatre from Cardiff

The short films by other Esmee Fairbairn projects

The 2016 Turner Prize at Tate Modern

The Reading Room at Wellcome Collection