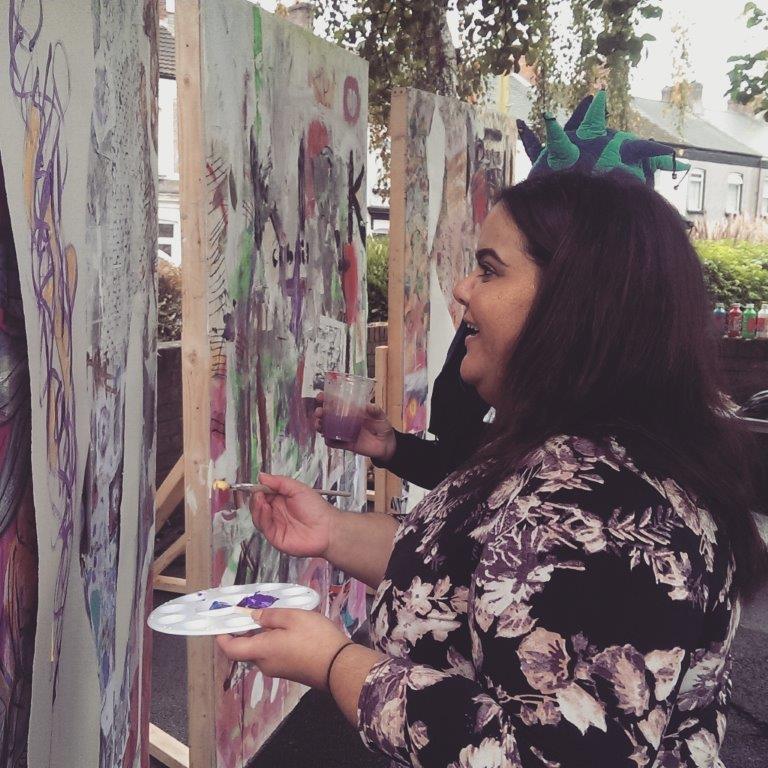 One of the main things that we found on this third day was that people who had walked by – or watched from afar - on Monday and Tuesday were now starting to join in. Marega also recognised that this space next to the toilets on Chepstow Road had become a safe space. Steve added that he was starting to notice that people had a sense of ownership – even the teenage boys.

Marega also said that unexpected connections that started to appear by today. For example, she recognised that a couple living in Maindee go all the way to Chapter Arts Centre in Cardiff in order to sell the Big Issue. We are very much hoping that they go to Chapter to sample some culture as well as finding people who may have a little money to spend!

Another very interesting neighbour that we met today was Rhys Delap. Rhys lives directly opposite the site and has a lot of experience running the Beaufort youth centre in nearby St Julians. He offered some great advice and could be really helpful for future work in the library. Taking this photo of Rhys [below] also demonstrates just how well the art works as a backdrop for portraits. 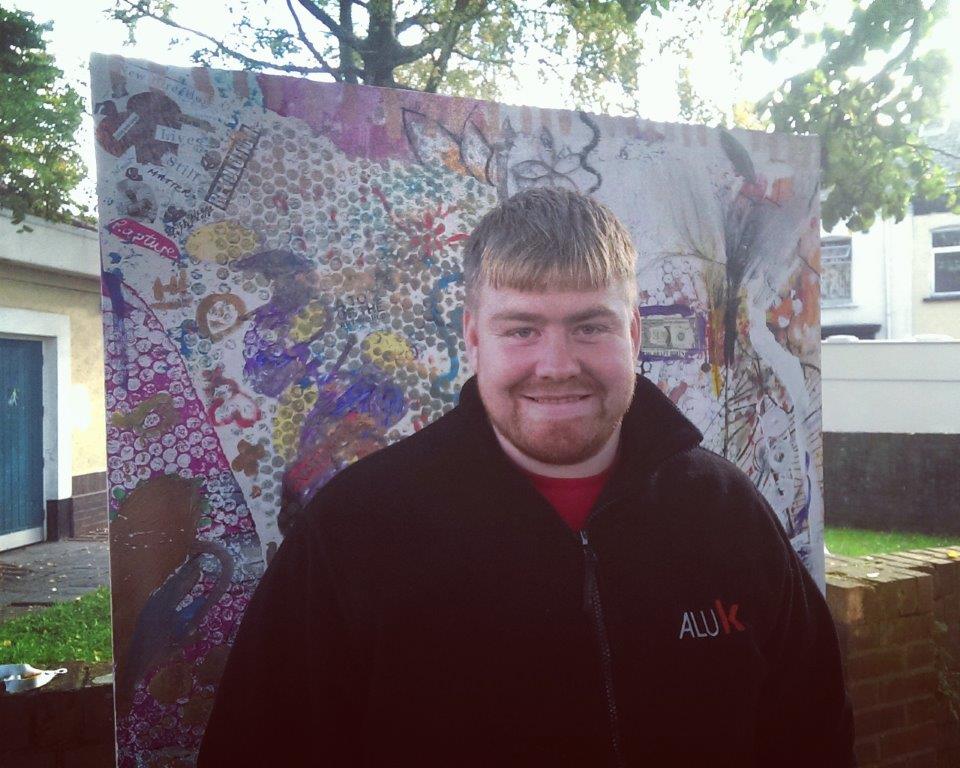 As we got towards the end of the day it was interesting to reflect on the way that people had started to venture a little off the boards and on to the site itself. In a way this countered the graffiti that we see on the streets: for example, we can see the 'work' of Kirk all over Maindee. Today this little man [pictured below] is much more responsible. He wants to see dragons and is making his mark in chalk so it can be easily cleaned off...

Mr Clark reflected that today we had started to see people make slightly ‘pscho-geographic’ changes to the space. What this means, in simple terms, is that people are starting to make connections and bring energy into the space. We are definitely hearing from the neighbours that people want space to express themselves... 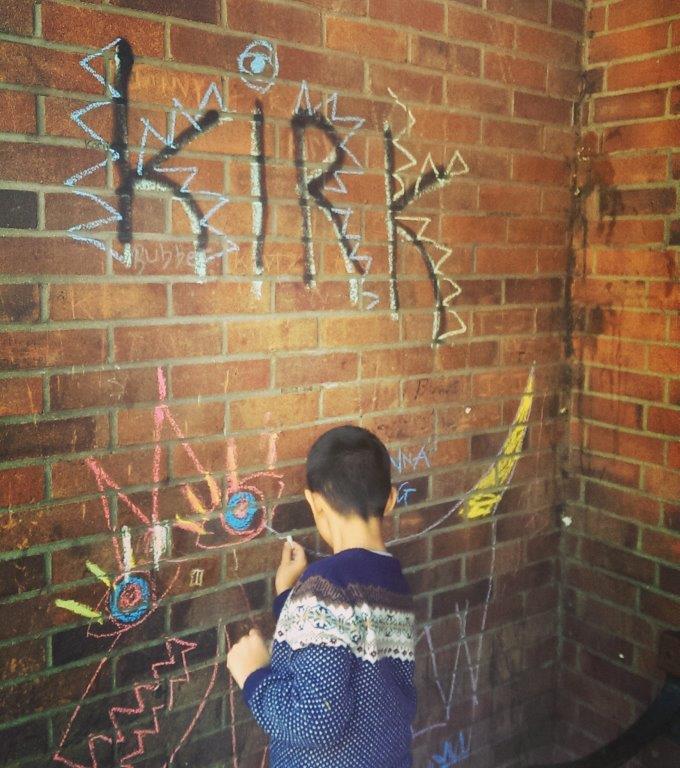 Thanks ArtRat fo brining three dimensions and music to the experience. Day 4 focuses on abstract with Barrie J Morgan as the lead artist so be prepared!