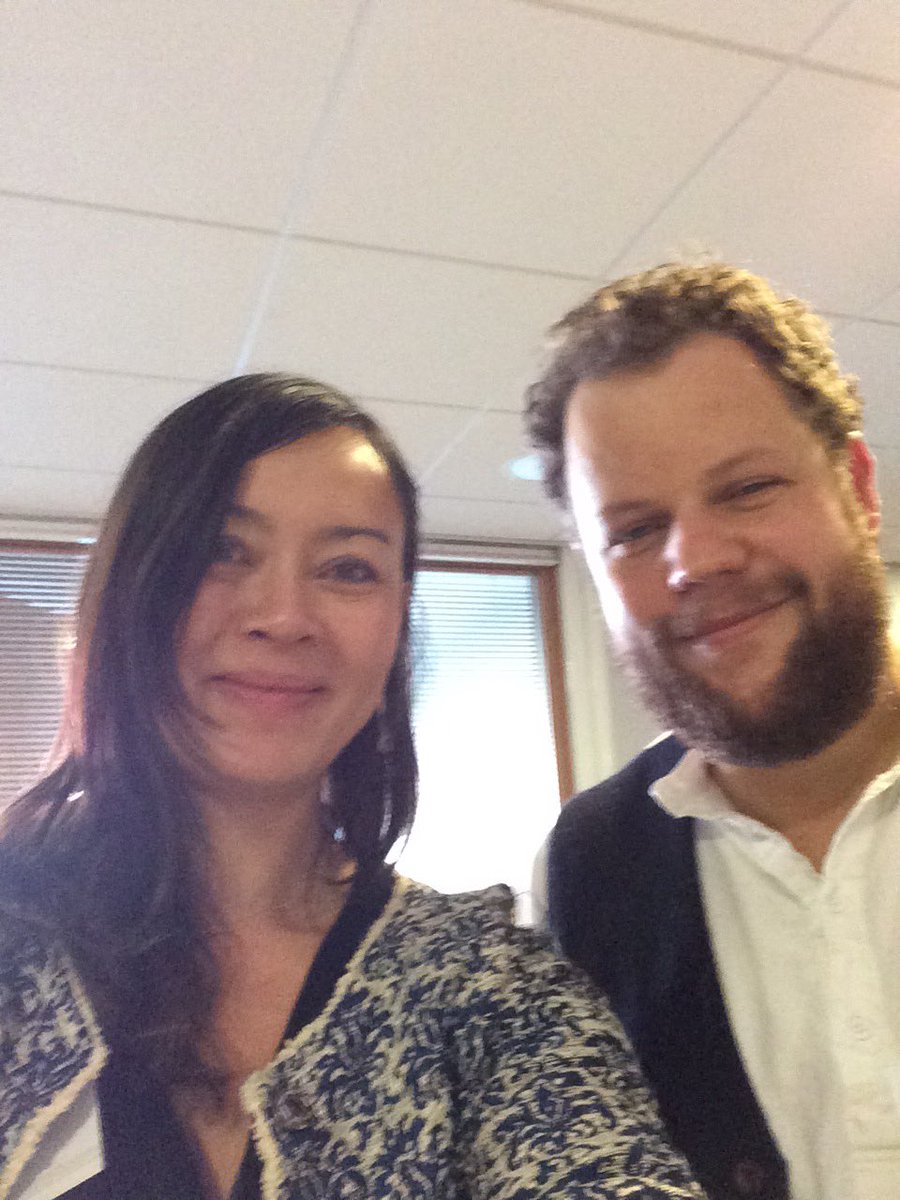 The Minister’s speech showed that he believed that the arts have a huge impact on health, culture and regeneration. He put forward his perception of the current challenges facing us in society, that’s to say negativity, dis-unity and anger. In response Ken Skates sees the challenge set for the arts to use the values of inclusivity, intelligence and insightfulness to bring positivity. As such he is believes that the arts will have a critical role in re-uniting our society and is optimistic about the arts in times of public spending austerity.

Some of the recent positive from the Minister’s perspective include the re-opening of the Glynn Vivian in Swansea and the refurbishment of the Sherman Theatre in Cardiff and the commemoration of Roald Dahl’s experience of Cardiff through the City of the Unexpected. Alongside the big events reference was made to the work of community-based such as Head 4 Arts in Blaenau Gwent or Valley and Vale in the Garw Valley and the continued support for the Night Out scheme. It was thanks to the latter that Maindee had a live band ‘Stick in the Wheel’ in the Library this summer.

The Minister explained that the ACW budget will have an additional £1m next year and that there will be more money direction towards arts in education. At the end of his speech he announced that Welsh Government will issue ‘A New Culture Statement’ in December 2016. He explained that this which will place everything that we do – with arts at the centre, as a response to the negativity that has swept across society in recent months.

Other coverage of the conference

ACW conferences are about participation so our scribe Marion was not able to record everything. Fortunately a fuller record of the day can be found by looking at the Twitter feed from the conference #commongoalsconf Tweets 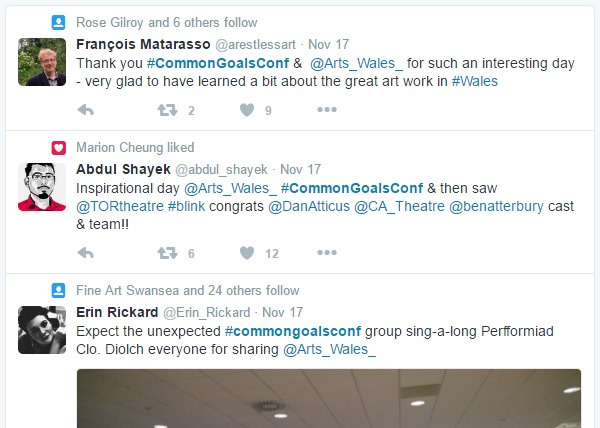 Afternoon speech by Dr Phil George: the role of ACW and the arts in Wales

The message coming from ACW was to link arts with the hope of social justice for all and the challenge to engage more fully with communities of diverse people. In his view events of 2016 indicate uncertainty, fear and anxiety in society: a crisis of confidence and trust. As chair he wants ACW to reach out across this divide and help to build thoughtful communities.

He pointed at Welsh instances of artists who can enrich the lives of individuals and make links between institutions, clients and citizens - particularly the more disadvantaged in society. The Forsythia Youth Project in Merthyr was one such case study:

In conclusion Phil George underlined ACW’s role to support participation in the arts and build innovative artistic expression. The hour-long panel discussion which followed can be viewed on YouTube.

Programme for the conference

Roal Dahl and Cardiff City of the Unexpected

ACW support through Night Out scheme

The Forsythia Youth Project in Merthyr