Finding Maindee is part of the Arts Council of Wales’ Ideas: People: Places' programme (IPP). As one of the seven IPP projects across Wales the team from Maindee get the chance to share our experience with other people from across Wales and get ideas for what we do next. This blog article explores some of things that we learned earlier this month from taking a relatively short trip the trip up the Ebbw valley from Newport. 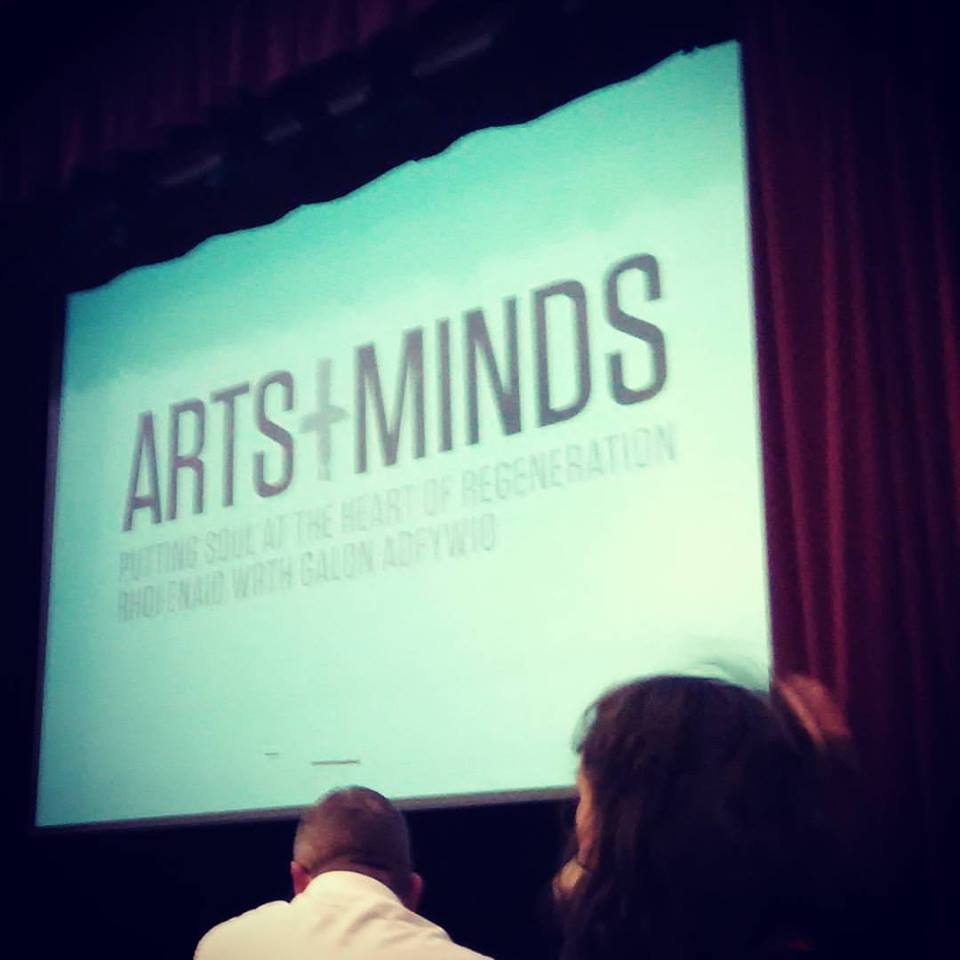 The programme was organised by Chris Coppock and the Arts and Minds team with most of the two days of events happening at the wonderful Metropole in Abertillery. In the evening of the first day we crossed over to the Ebbw Fawr to see the Newtown Community Centre Ebbw Vale and also visited Beaufort at the head of the valley.

The main theme for the two day gathering was to explore the social contract: essentially this refers to the [largely unwritten] set of agreements between the individual and the State – the latter being forms of government and those who make laws and rules. The idea of the social contract has existed for hundreds of years and has been updated and amended in many ways across the World.

A nice summary of what the 'social contract' means can be found in the following short article by Jon Pike at the Open University.

With relevance to publicly-funded art - and particularly the Arts and Minds work in Blaenau Gwent - the two days were a chance for artists to explain why they have chosen to take a certain approach. For example, artist Glenn Davidson was in discussion with Owen Davies as he presented his Art Station approach to working with the residents of St. George's Court in Tredegar as they helped to shape plans for Tai Calon to refurbish the flats. 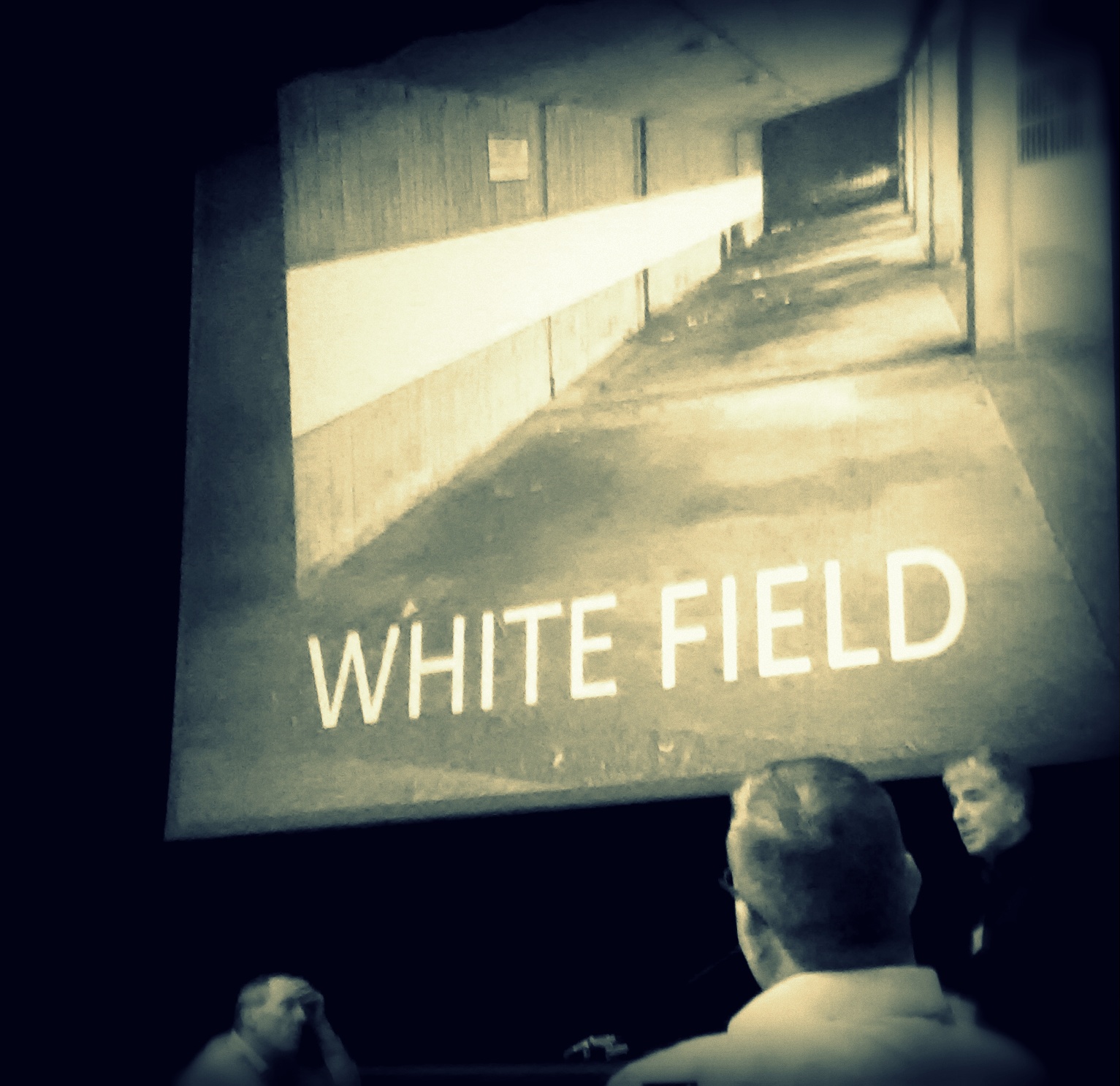 The approach that Glenn [pictued above] and Frank O’Connor took was really impressive: they decided to spend time living in one of the flats on the estate and really took the conversation to where it was happening. They worked hard to fulfil the social contract: helping to bring people together and to explore the tensions between what people wanted and what the social landlords who owned the buildings were offering. We hope to write a more detailed blog post about this particular project when the missing notepad with all the details in it has been found!! Other than that we will have to rely on memory...

In the meantime, the remainder of this article discusses how some of the other speakers at the gathering explore the ‘social contract’ as they develop different art forms.

Clementine has been working as photographer in residence for the Arts & Minds project throughout 2016. She came to work [and live] in Blaenau Gwent via an upbringing in Paris, a photography degree in Switzerland and a Masters in documentary photography in our very own Newport. Our own photographer in residence, Dilip Sinha, shared some of his thoughts about her informative presentation on the morning of Friday 2nd December. He said that:

“I liked the simplicity of her communication and the format, which explained who she is and how she got engaged into photography with her creative development through to her project in the valleys. There are many similarities to the way we work and the problems we encounter.”

Dilip explained that there were six main points from her presentation that he would like to follow in his own work.

1. An introduction of who you are and your journey into photography

Dilip liked how she put her personality into context: her approach and how she engages with her subjects. Clementine was very honest about her journey from France to Newport and Wales and how this enabled her to find out things about herself.

2.  The photographer’s stance as an observer

To take a photograph of another person is to observe. Relating to the theme of the ‘social contract’ Clementine treats her work as a job with responsibilities: for example the type of images that she takes and what happens with the images.

The public have concerns when you are taking photos in public and ask “why are you taking pictures”? Clementine explained later on how she thought hard about what she could offer to the people whose photos she was taking.

4. The importance of trying new strategies

Clemetine had worked hard to publicise her work through a show on the local radio station, increasing her presence on the street. She also turned the downsides of not having internet at home – and therefore having to go to Wetherspoon’s for WiFi [and a coffee] – to be rewarded by meeting local people. Dilip explained that all these strategies help in becoming aids in creating trust and becoming more embedded in the community.

Clementine worked with someone who is involved in fashion. Being able to borrow clothes and stage a fashion shoot with people gave a new lease of creativity to her work. This assisted in deepening her relationships within the community and individuals who took part.

Images available at http://www.clementineschneider.com/images-2 and below

6. Importance of subjects viewing the resulting images in exhibitions and publications

An important part of the process is to make the final images valuable. For example, Clementine was able to publish an article in the local magazine the Abertillery and Ebbw Valleys Dynamic.

See her images http://www.clementineschneider.com/Le-petit-dynamique and below

Dilip felt that this type of exposure brings a certain empowerment to the subject through the sense of seriousness that the publication suggests.

Tony Lewis works for Community Development Cymru – an organisation setup in 2002 to represent and develop community empowerment work in Wales. The main focus of Tony’s presentation was to present the ABCD model – which proposes the following features:

1. Asset Based Approaches offer a dramatic alternative to traditional “needs based” approaches.

2. The approach is based on the principle of identifying and mobilising individual and community “assets” as opposed to focussing on “deficits”.

3. Asset Based Approaches are based on the principles of inclusion, participation, ownership and control. Processes which generate transformation, resilience and empowerment.

Like many people at this gathering, Dilip found Tony’s talk fascinating and said that:

“I liked his empathy towards the importance and potential of the community and individuals within the community; the psychological importance of how groups working in their interests should look at ‘their voice’ and not what outsiders see as a band aid type of help for them.”

Some of the key lessons from the presentation and resulting conversations were:

* The importance of working together and bringing about change together.

* Importance of going to the community and not expecting them necessarily to be interested in us and what we have to offer - what do they want?

As a photographer and artist, Dilip explained that Tony’s talk had made him think more of his approach and the importance of including the photographic subjects in his thought process: for example, how this work be part of the building blocks towards a greater collective development, towards awareness and positive community development? Dilip concludes that the artistic work of projects such as Arts and Minds or Finding Maindee is

“…a continuing process. The journey of this process is as important as the final dissemination of the work.”

The Arts & Minds gathering was a reminder that arts practice – and indeed all community work – can be based on taking time to listen to people and finding out where their strengths lie. For example, Clementine took time to settle into life in Abertillery and push herself to think hard about how her photography represented people. Likewise, our very own Finding Maindee project in Newport is a chance for artists to explore and help build something which represents the people - rather than implementing the same off-the-shelf policies. 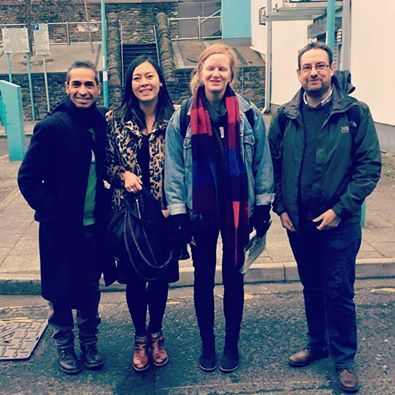 Team Newport [above] with Dilip Sinha, Marion Cheung, Josephine Joseph and Robert Smith representing Maindee on Friday 2nd December at the Arts and Minds gathering. We thank Chris Coppock and team for organising the event and Dilip for his thoughts. We look forward to writing a follow up article with more details from the other speakers.

The venue Metropole in Abertillery

Background to 'social contract' by Jon Pike at the Open University

The work of for Community Development Cymru