Throughout the evening’s entertainment and conversations we had the backdrop of these colourful posters and the different themes that the festival has embraced. The posters are curated by year and it is clear that themes such as ‘space’ and ‘water’ transferred to the parade costumes and the way that the festival site has been created. The vast majority of the posters were designed by Newport-based artist Andy O’Rourke and more latterly by Rhys Webber. 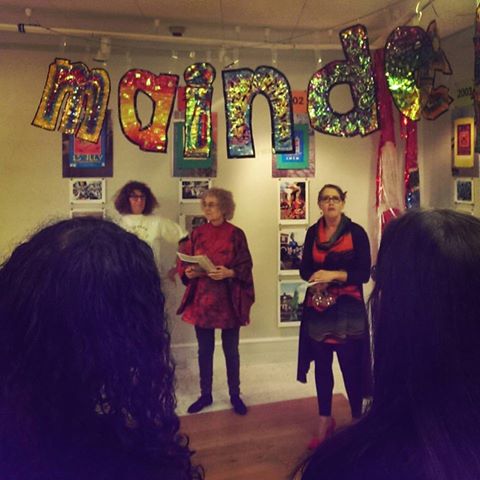 Ingrid, pictured above centre with Sue Bidmead left and Sarah Goodey right, pointed out that every Maindee Festival had successfully followed a set of principles at every event, including:

In the second half of the event we were able to enjoy story-telling and dance performances from some of the latest people to become part of Maindee Festival: members of HISLA the South Wales Hispano Latino Community. HISLA are one of many grops whose performances have connected Newport with the music and arts of those who have settled in Maindee from all over the world. 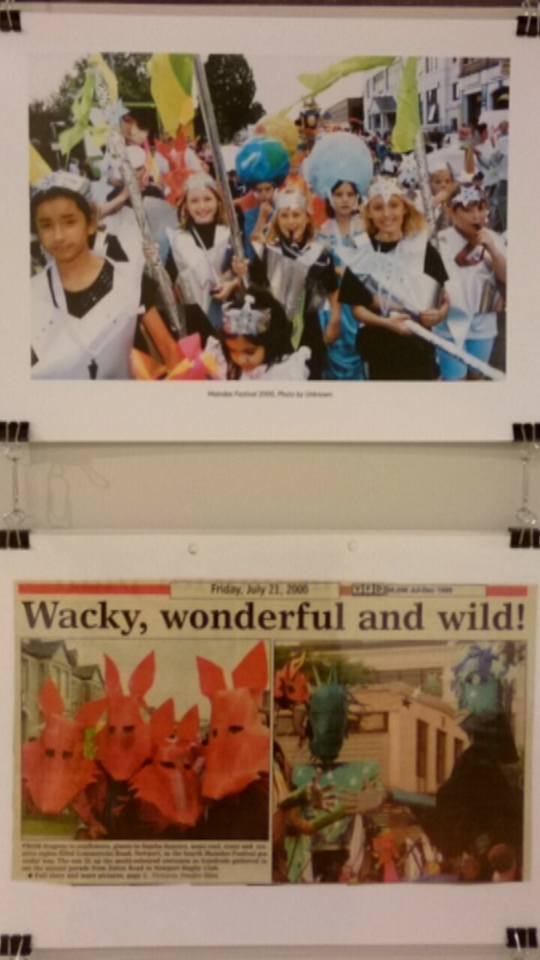 Though there were community development workers in the early few years of Maindee Festival, Sue Bidmead noted that their roles were soon made redundant! Above all, the event and the exhibition help to recognise the huge contributions of this volunteer-led festival; roles which range from the road closures to the programming, festival and the site management.

The whole exhibition was pulled together by Maindee Festival Trustee Sarah Goodey - we are grateful for the care and attention that she put into the curation of this show and we hope you take the chance to enjoy it. Accompanying images have also been photographed by the Street Media team members Gareth Courtney and Llewelyn Wicks. The exhibition lasts through to the 3rd of January and is free to attend.