Nonsensus – A Journey Into Being Sung

Over the past two months we have been developing the infrastructure and systems of Maindee Library. In the background work has continued with the artistic community of Newport to create pieces of work that interpret how people have been Finding Maindee. 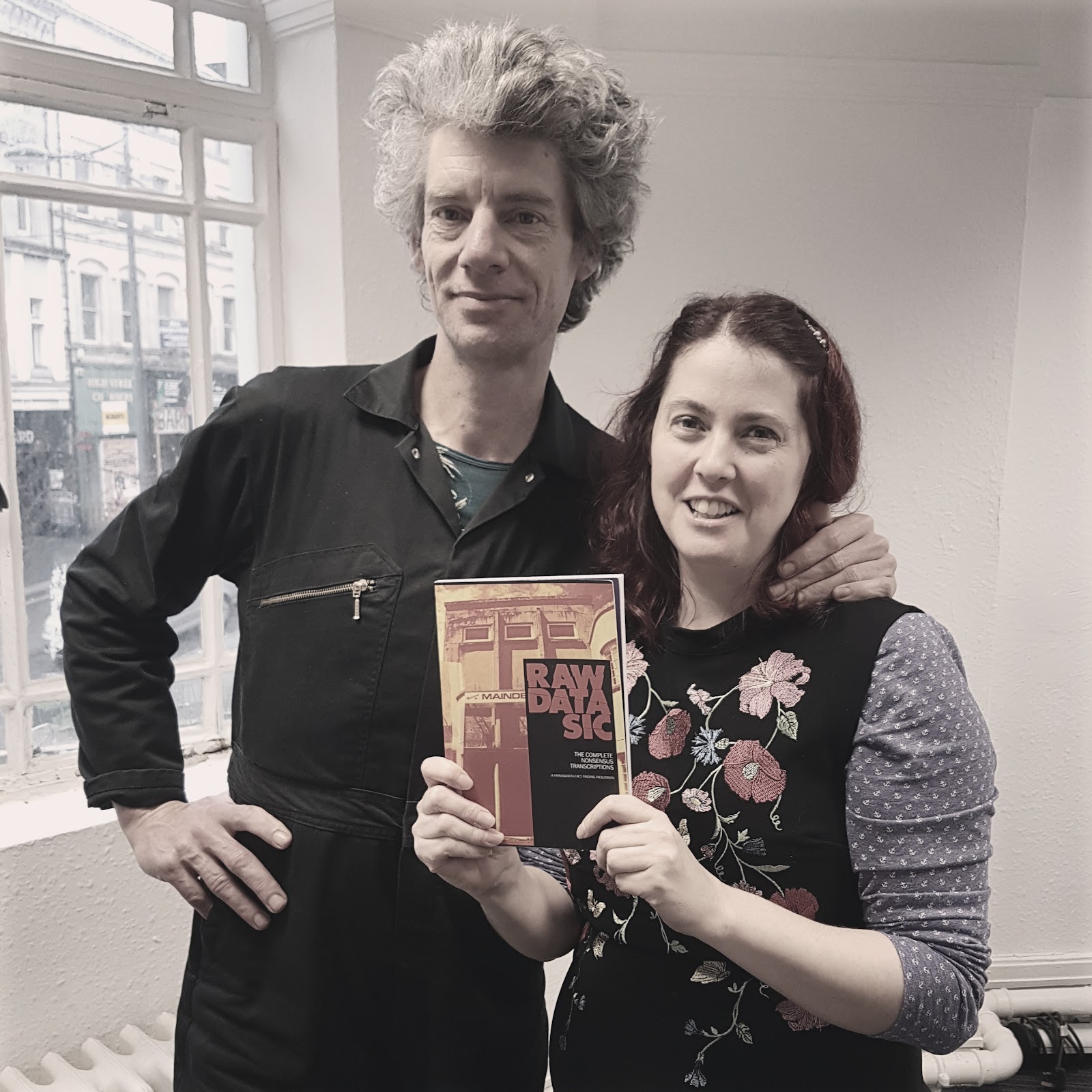 In this blog article Rhian Hutchings explains how the findings from Steven Jones' Nonsensus work are being produced into a unique piece that can be sung. Rhian and Steven are pictured above with a copy of the Nonsensus.

Operasonic are working with Steven Jones (aka Stuart Farnsworth, Farnsworth Fact Finding Facilitator) to create an operatic reading of the interview transcripts. Opera feels like a useful artform to communicate the project as it can explore the emotional world of the interviews and uncover the poetic nature of some of the interactions.

Steven and I started this work with a huge amount of excitement. Steven was going on a journey of opera discovery and I buried myself in the Nonsensus text, closely reading all the interviews. It soon struck us that we couldn’t stage every person and that choosing one or two people was not an option. We discussed how we might handle this and decided to make our ‘performers’ more archetypal – they would speak and sing the words of many people.

We still had to make choices – the text was massive, and we had to boil it down to some of the salient phrases, exchanges and comments. I relied on Steven’s in depth knowledge of the conversations he had participated in and his emotional memory of the experiences. For example:


I can tell you my vision about the world.


I don't think I'm a depressed character nor correspondingly, a joyful character. Is that about the average person, after all?


I've lived several different lives in my life, you know, I've been different people. And I'm still living down ... I'm still forming into the new person that I am. And I fear being revealed for the person I was.


Composer Richard Barnard has joined the project team, and his job is now to create a musical world for the words we have chosen. The opera will be performed by two singers, one actor and classical player, and will also involve recorded music created by Steven himself. Richard has worked with Operasonic in many guises over the last few years and was the composer for one of our Newport Legend projects. He also has a respectable track record in writing song cycles, and has recently set some of Virginia Woolf’s letters as songs.

We hope people who experience the Nonsensus Opera will recognise themselves or their neighbours somewhere in the opera. The journey we are creating is psycho-geographical one. It is specific to the streets in Maindee that Steven visited, but also a general view of a Welsh neighbourhood and the concerns and opinions of its residents. We also hope that this version of Nonsesus Opera is the first and that we’ll be able to develop it further. We want people to feed back on what we have created – it would be amazing to create a dialogue with Maindee residents about how opera can illuminate their community and how we can perfect what we’ve made.


Nonsensus Opera will be performed at Maindee Library in July and at the Tete a Tete Festival  in London in August.

The Tete a Tete Festival in London