Maindee Unlimited's Street Media Manager Fez Miah and a group of other artists have been working for a couple of months now to organise what looks to be an amazing first event. The Newport Photomarathon is very much at the heart of our IPP project Finding Maindee; it is place-based in Maindee as it launches in Maindee library and socially-engaged with workshops here and also at Holbrook Studio on 80 Chepstow Road. We are also working with Newport Live at the Riverfront. The workshops will introduce six different types of photography and cater for 150 people.

The collaboration making this happen?

The main organising group centres on: Fez Miah; photographer Kate Mercer; Gareth Willey from Newport City Radio; Mukhtar Malal from SEWREC; artist and Garth arts manager Sarah Goodey; photographer Jo Hayock and Jo Sutton who is both a photographer and a trustee at our charity Maindee Unlimited. Some will remember that Fez and Kate originally put the Photomarathon idea forward at the July New Paths gathering. It was partly through New Paths that the connection was made to one of the people running a photography workshop, Dafydd Williams from the Kickplate Project.

Each person chips in with a different element of preparing for the event. Fez feels that the event  is part of building capacity within Newport to promote and encourage photography and lens-based media, especially given that the University of South Wales has pulled back from the heritage created in Newport by its predecessors.

A day of workshops

The event day includes 6 workshops, each lasting 2 hours and each repeated twice. If every space is taken then 180 people could get the chance to sample something different and make new creative connections. The organisers feel that photography is a neutral space for art; anyone can find a camera and something of quality can be produced by people who are developing their skills. There is also a physicality to the art work as digital images can be printed off. 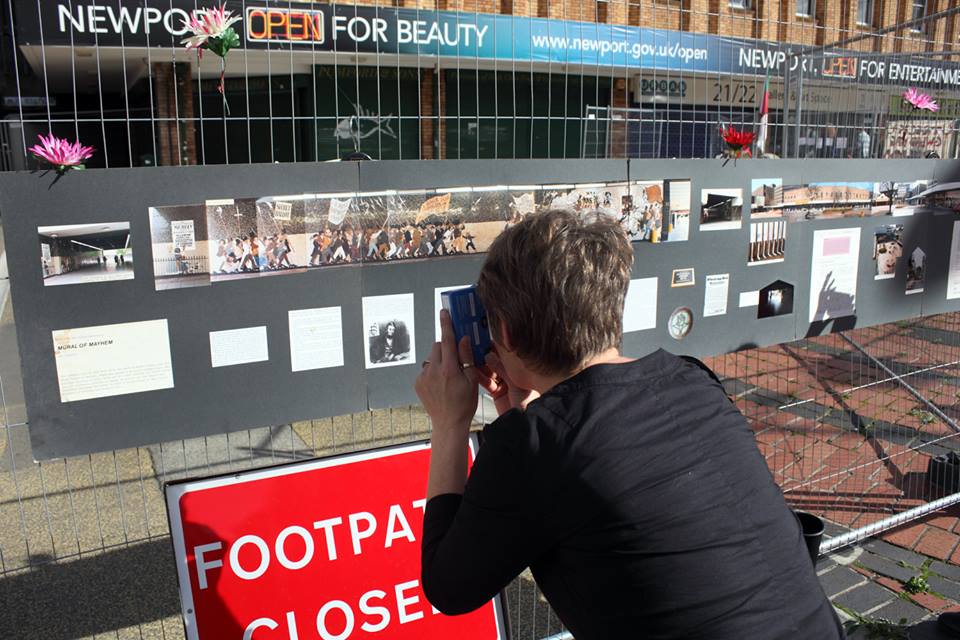 Although a great deal of voluntary effort has gone into planning this event, the workshop leaders will be paid through the Arts Council of Wales funding that Maindee has from our Ideas:People:Places project Finding Maindee. So far they include Donald Christie, Jo Haycock, Dafydd Williams from the Kickplate Project and João Bento. The workshop locations, as well as final workshop leaders, are soon to be confirmed. Dafydd also plans to run a very special photography project in Maindee through the October half term week from October 30th. More news to follow...

Wider connections being made to business

The event is being supported and sponsored in different ways by businesses and organisations in Newport. For example there are prizes from the winners from the Camera Centre on Charles Street, tickets and workshop space from Newport Live, reductions on drinks at Horton's and other support from Minuteman Press, Coleg Gwent, Holbrook Studio and Newport Bus. Local design company Webber Design has chipped in byhelping with Welsh translation for the publicity material. Before we forget to mention, Le Pub [at their new venue on High St] are also putting on a band for the evening of Saturday 28th October.

Fez explained that he was very pleased to find that businesses will support events such as the Newport Photomarathon because they give access to people and the creative community. Over the next few weeks the organisers will bring other Maindee and Chepstow Road businesses into the programme. For the weekend there will be a map showing where to go for the workshops and where participants can get reductions throughout the day on food and refreshments.

The organisers are confident that they can go beyond the existing 150 who have pre-registered and fill the 200 capacity. We hope you are able to be there at Maindee Library on the morning of Saturday October 28th. The event will officially kick off at 12 midday with 24 hour to attend the workshops and get those shots!