In this second part of sharing the discussion from the New Paths gathering we reflect on Dilip Sinha's work on the Maindee Photographic Survey and remind ourselvs of the work that Steph Roberts completed last year on Mosaic Maindee. 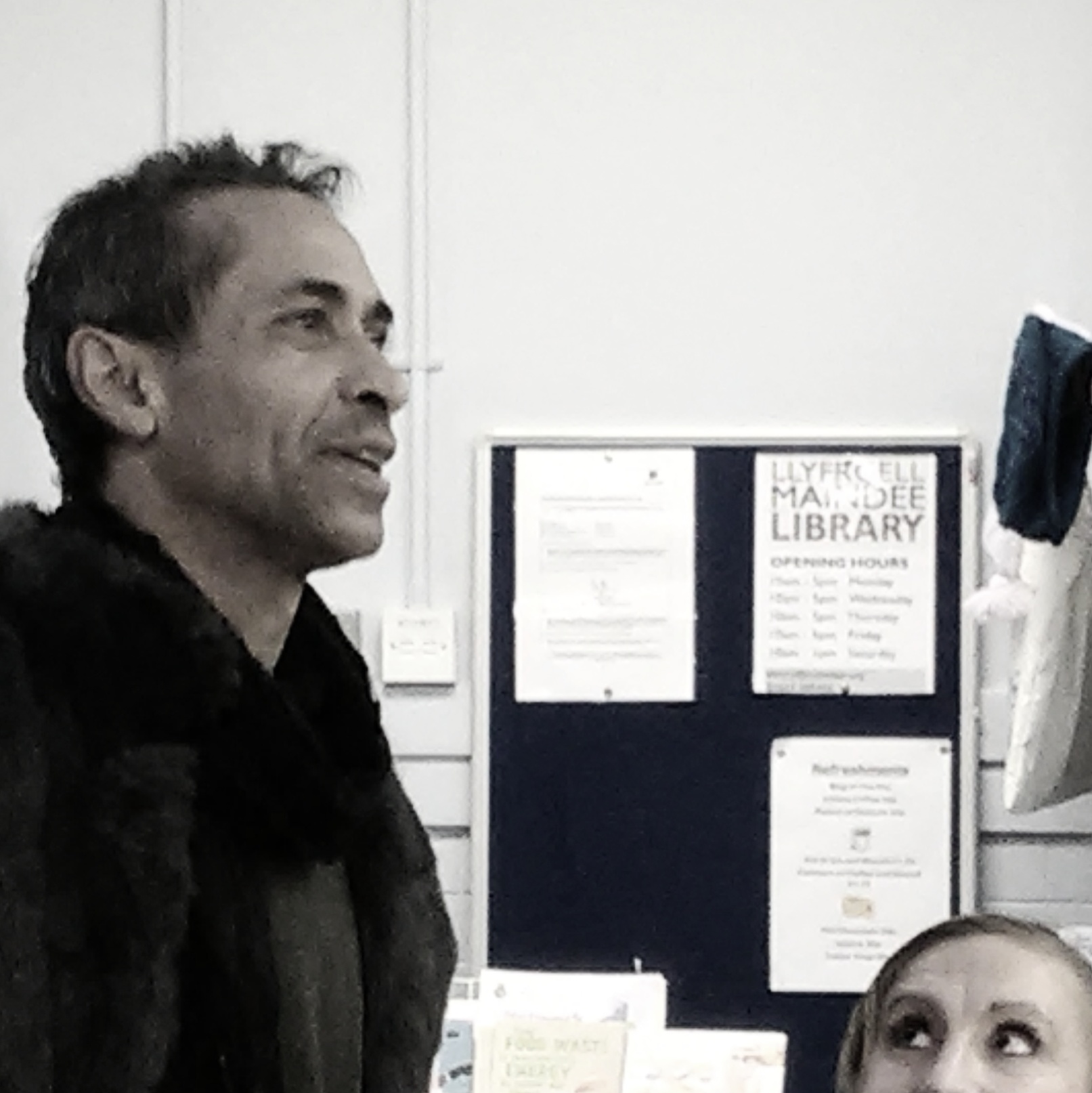 In his headline slot at the New Paths Gathering we heard about his inspirations and the work that he has completed since having his New Paths grant application approved last year.

Dilip borrows some of his project's title – and much of the approach – from the Newport Surveys which were completed by documentary photography students in the early 1980s. He explained that we were yet again in similar times of rapid economic and social change to those he had witnessed three decades earlier – particularly in terms of changes to working class culture. As the Newport Survey was no longer being developed by anybody else he felt that he should carry on with the ethos by making a focus Maindee.

Although he says that he comes from what is probably a middle class Indian family, he was brought up around a coal-mining area near Stoke on Trent and never felt he was any different to the other kids where he lived. Dilip feels strongly about more privileged photographers going to working class areas and taking images – taking the 'meaning' to be in some way look down on people. 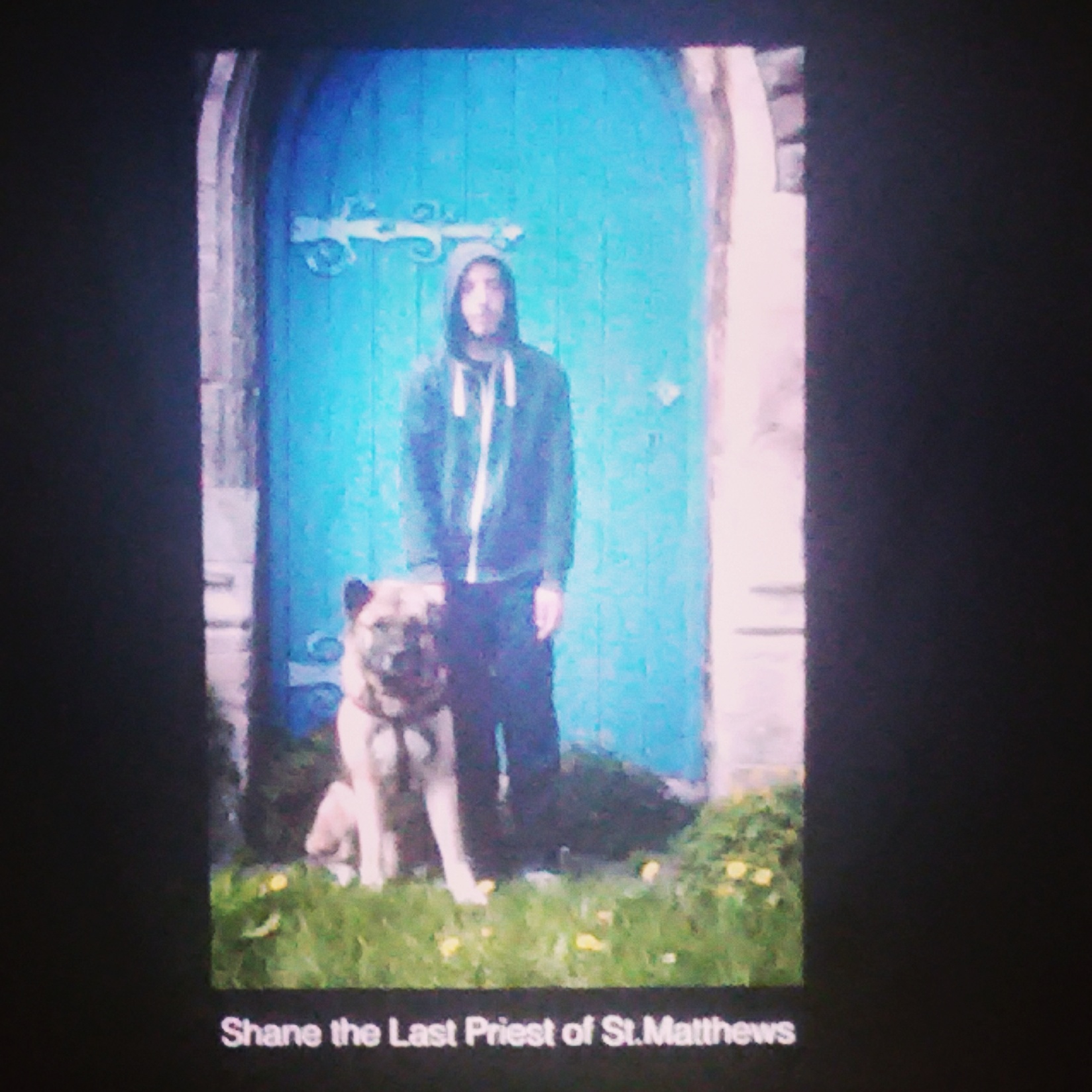 In his Maindee work it is interesting to see the care and attention that he gives to the relationships which result from capturing a person’s image. For example, he had taken the photo of two brothers on the street and later given them a copy of that printed image. When he met someone else in the street some months later it turned out that the photograph of the brothers had worked its way to him – as he was the father. Small amounts of reciprocity seem to help Dilip reach a large group of people.

He showed some other examples of people whose photo he had taken and the background of their story. Members of the audience confirmed that they knew the individuals concerned - particularly Shane, the last priest of St. Matthews Church [pictured above].

For more on the topic of ethics, including Dilip's reactions to the Blaenau Gwent gathering in December 2016, read our blog about the 'social contract' involved in working with communities of people.

Linking to the approach taken by the Newport Survey thirty years ago, Dilip wanted to explore some of the social gatherings which bring people in Maindee together – and the spaces where these gatherings happen.  The two groups that he presented to us were the Pigeon Club who meet at the Oddfellows and Vine Place Gospel Chapel [pictured below]. 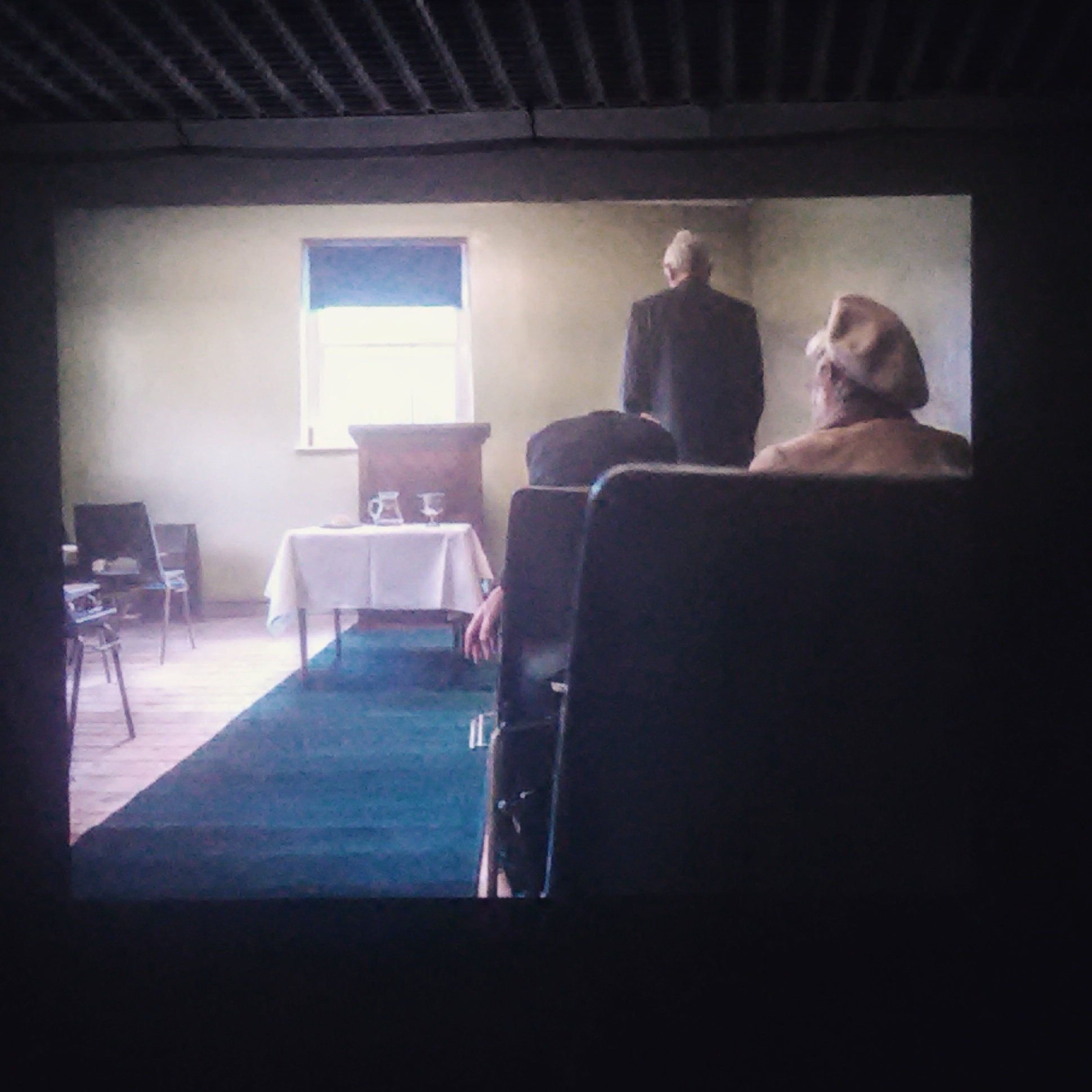 “People die and people get born!”

Potential to work with others

Newport photographer Kate Mercer asked when Dilip started his project. He told the audience that the original stages had been developed for his documentary photography degree in Newport, but had developed greatly since he had been able to get the New Paths grant and concentrate further.

Kate also asked where the images would be displayed. Dilip's hoped that he could put the images up on a wall locally, but was not yet sure where. This answer touched on one of the reasons why we have started to organise these gatherings: because few people have all the skills and experience to make every aspect of a public art project work.

He said that it would be a great to publicly display his image, particularly if he could build on the relationships that he had developed with the people whose images he had taken. Dilip is very open to collaborations which can help to get his work into public spaces.

And a perspective from Steph Roberts...

Steph was one of the first artists to carry out a New Paths project. She explained a little of the work that had done; bringing a group together over spring and early summer. The group used mosaics to explore the architecture and urban landscape of Chepstow - looking at the patterns which appear in everyday life.

Steph explained that many of the people that she worked with were retired, although she did have some younger people involved. The workshops were held in the space to the rear of Maindee Library. There were lots of collaborations involved in people making their swatches of mosaic work [such as below]. 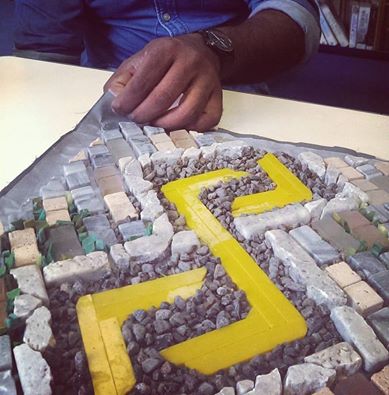 The original intention was for the finished swatches of mosaic patterns to be displayed in the Cayzer's Menswear shop along Chepstow Road. Though the offer was later withdrawn by the shop owner, Steph was able to display the work in the window of the old Holbrook's Shop a bit further down Chepstow Road. We will also be hosting this work in Maindee Library.

Like Marion explained to us in our last blog article, Steph sees such projects as the chance to create an archive. You can find out more about this particular project on the Stephanie Roberts Art website.

We welcome you all to the next meeting at 5pm on Wednesday 8 Feb in Maindee Library. On the agenda will be:

Our blog article ethics and the social contract

Our blog article about Steph's work on Mosaic Maindee