Maindee Unlimited developing as a charity

On Tuesday 29 August 2017 John Hallam [pictured below] delivered a training session called ‘Being a Trustee’ to some of Mainee Unlimited’s board of trustees; and also to some people interested in joining the board. This short blog article shares some of the discussion from the session, alongside some video links and an invitation to our annual general meeting [AGM] at 6pm on Monday 18th. 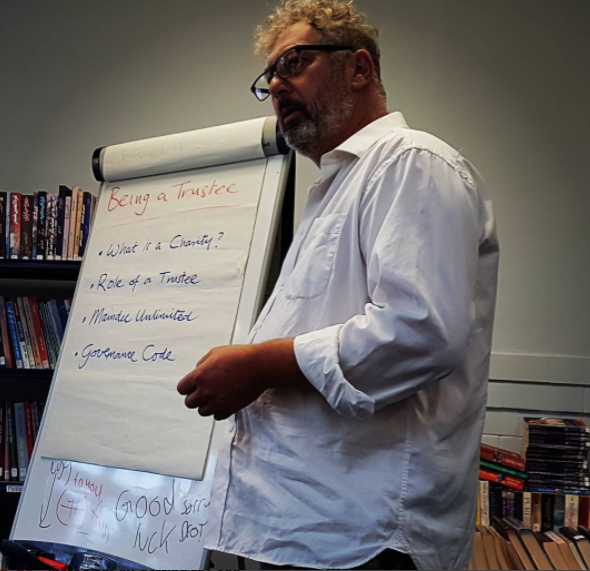 
Angela Lloyd, current vice chair, explained that a lot of the momentum came from the group who were looking to save St Matthew’s Church on Church Street. A lot has happened since then and the charity now has 3 part-time paid staff as well as a 25-year lease on the library building from Newport City Council. The latest developments with the library project are well charted on this blog.


Amongst the current group of trustees are people who have worked for registered charities of different sizes, helped out with community organisations, been employees for local authorities and helped to develop many organisations. We also have two current trustees who are elected members of Newport City Council. Within the wider group of staff and partners there are trustees of other charities and people who have helped to establish other forms of not-for-profit organisations. All of the people have a shared interest in putting something back into the community.


The meeting was a chance to discuss policy and strategy. As a charity MU develops policies, such as protection of children and vulnerable adults or what is acceptable behaviour of the library - see policies here. As a small organisation which is only 3 years old, it is only now that we are really starting to set strategy, such as the pursuit of resources and the balancing of risks. For example in the early days we successfully applied for the Arts Council of Wales funding for Finding Maindee and are now in the third year of this project. We now have three part-time paid staff and are about to spent £200,000 on the library building.

More recently we applied for the Big Lottery’s CAT2 funding. In this latter case our initial application was rejected. We came together as a group across three sessions and collectively decided not to follow through on the opportunity to re-apply for this money - see blog article about the library from January 2017. AS we reflecto on previous years we are learning by doing, making decisions and evolving as a group of people. 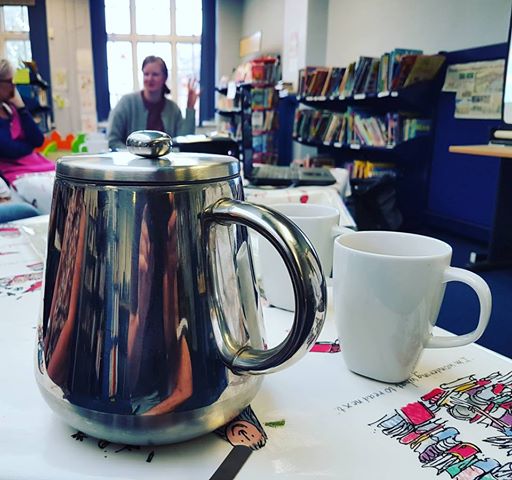 We also had a good discussion about the beneficiaries of Maindee Unlimited. The normal - or received - sense of the word beneficiary is to describe the people who come along to the library, use the computers or borrow books. We could also see the artists who get paid work and a chance to develop their practice through Finding Maindee also as beneficiaries. Through our discussion we were able to go deeper and see that the volunteers, staff and trustees are also beneficiaries. A lot of people enjoy spending time with each other; they make new friends and develop new skills. We are probably lucky that there is a good atmosphere within the charity and the wider organisation.


By the end of the session it was clear that there is energy and a positive feeling within this organisation. We have a developing sense of purpose and we are getting better at knowing the community that this organisation serves. It is also worth remembering that library volunteer Kim Lambert is currently GAVO Newport’s volunteer of the year for 2016.


If you are interested in becoming a trustee then come to the AGM and/or please contact our chair of trustees, David Moses, via the details below.


Every year we have an Annual General Meeting where some trustees stand down and others are elected to the board. We also get a chance to look at the annual accounts and reflect on the year gone by.


The meeting takes places at 6pm on Monday 18th September at the Library. Get in touch with our chair of trustees David Moses by David.Moses@Live.co.uk if you are interested in standing as a trustee.

Advice for first time charity trustees, OSCR Scottish Charity RegulatorWe did not watch this one at the session but it is worth looking at alsoChrissie Wright explains why personal development is more important thanever for your charity