Library Refresh about to get real!

This week we will receive quotations from contractors to carry out the first phase of works to the building. With a written proposal we will then be in a situation to enter a contract for the work; gone will be the big questions about how long the work will take and how much it will cost. 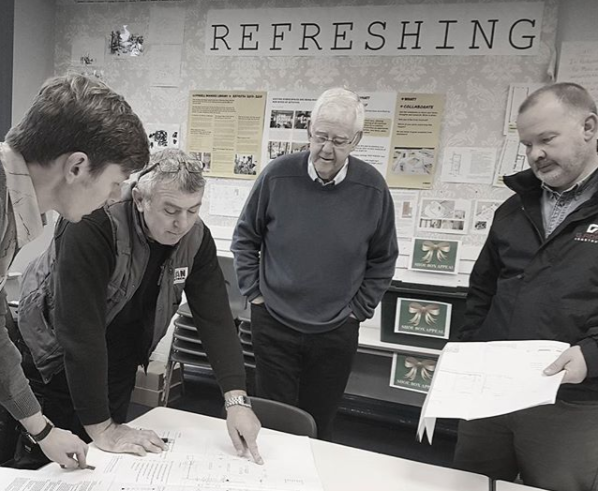 This blog is essentially a diary entry written before the big event. We explain some detail about the Arts Council of Wales' socially-engaged process which got us to this stage and some of the challenges which we have confronted - or maybe about to properly face...

The process of shaping the changes to the library building has taken nearly two years and followed two different routes. Our first design team, led by Huw Meredydd Owen, worked to a project scope which also included work on with Triangle. Importantly the timescales [in reality little more than 2 months to do the design development], budgets [approx £1m total] and outcomes [focused harder on making money] were dictated by the Big Lottery Community Asset Transfer Fund. We did not get that Big Lottery funding and so we had a chance to try a different approach, albeit with a working budget approximately 1/3 of the previous one.

The second approach was to take things more slowly and build designs as the library and its usage developed. Between June and November of 2017 our second design team - the duo of George Lovesmith and Sarah Hollingworth - have produced architectural plans and specifications. It is worth pointing out that George and Sarah have had more time to spend in Maindee than the previous team and have not had to focus on such a demanding economic model. Time also allowed us to work on projects such as the mobile cafe [see image below] at the same time as the building proposals. The importance of space and time to be socially-engaged were explained as Huw Mereddyd Owen reflected in March 2017 about the Big Lottery work. 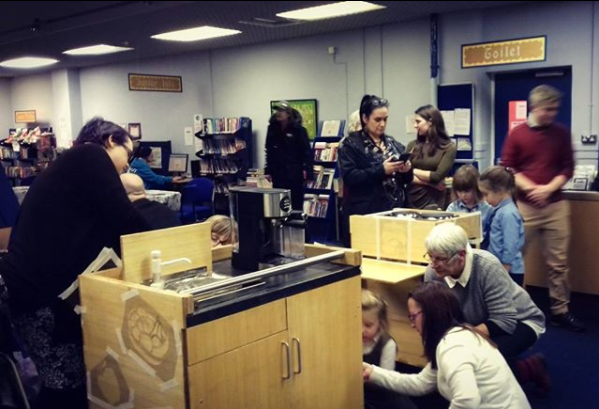 As detailed in this blog, we started looking for contractors at the start of the autumn. As a small charity with no track record of delivering capital projecs we had to establish ourselves as being good clients and also know what we needed. We acknowledged that good contractors would have limited availability. By the start of November we had compiled a list of four short-listed contractors from whom we would seek quotes. We knew by then that these companies were interested in the work and could meet our expectations of starting the work just after Christmas.

The drawings were sent off to the contractors in the middle of November and we invited them to visit the library. All of the contractors came to Maindee and both parties [us and them] had a chance to ask questions of each other. Through this process the detail got slighlty refined again and our project board got a chance to think about things like radiators, insulation, electricty supplies and more. Of equal interest we also got to see two current building projects [by two different contractors] which were coincidentally both just off Chepstow Road in Newport. Not only did this help to get an idea of quality - and the process of building - but it also helped to get a sense of what business is doing in East Newport.

A fuller write-up of the process will be released once we have chosen our contactors...

The biggest challenge of the project has not been about budgets or the technicalities that all capital projects involve such as planning permissions, land issues and so on [although we will write about this is a later blog post]: the main issue has been about squaring this building project with the work of the library volunteers and its user. This is what the Arts Council of Wales would call being socially-engaged: to negotiate; to make incremental changes and to bring people's skills and passions into a project. For example, the benefit of time has allowed us to see how the library building responds to having 60 people for a presentation: revealing that we do need two toilets and that the mobile cafe [see image above] will maximise the use of space.

There is such belief and passion for this Maindee Library movement that our group of volunteers see that any building work could risk two years of momentum being lost. For this reason we took a decision in August 2017 to split the work into phases, with the first phase to sort out the practical systems and the small spaces whislt the second phase would focus on the main reading room. Potentially the building could be closed for a couple of weeks in early 2018 for demolition work and the heating system to be put in, but we would never lose the whole building for very long. This is going to make the construction work a bit harder, but it's really a good challenge to face and at least we can set those expectations in the contractor's mind right from the start. 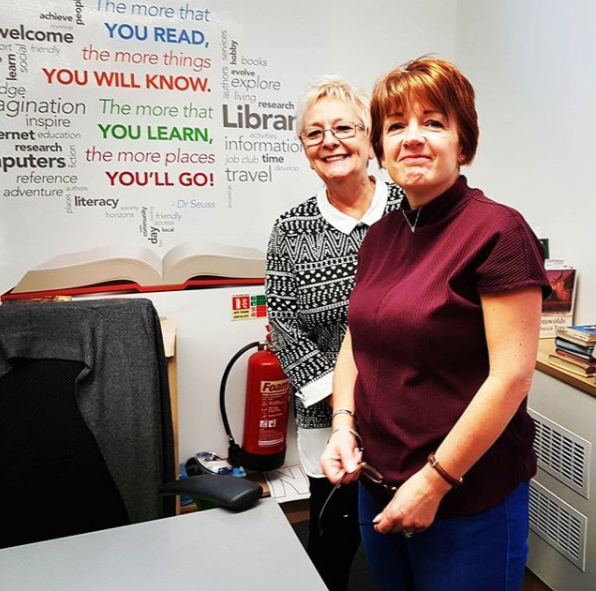 As part of our research we visited some other places and spoke to the people about building work. There were some cases where things got disrupted for a short period, but the only cases of long shut-downs where when building had to be stripped down or completely remodelled such as Ebbw Vale Library [in the image above]. Fortunately the Maindee Library building does not have asbestos to be removed and we are not going to extend it in any way either. Whilst building work is underway Gwent Police have also kindly offered the toilet in the police station next door for library users.

So how do we feel?

The project board [which includes four Maindee Unlimited trustees and the design team] will be excited that this project is about to make a major step forward, but they will also be a little nervous about budgets and whether the two main funders' money [the Arts of Council of Wales and Newport City Council's Landfill Tax Credits Scheme] gets spent on time.

As detailed above, the main issue is how the people who have come to see the library as a home - including local residents, artists and volunteers - will respond to the building changes. Sometimes we are tempted to see these building projects as being a transformation [the Argus used this word as a headline in 2015]. However, it is human effort to run a building closed by the Council in 2015 which is the transformation. We have come to sense from Finding Maindee that terminology is important and that we should focus the credit on people rather than form or product which money buys. It is interesting that the project building was referred to in the media as a refurbishment [Argus article August 2017] rather than a transformation, but we prefer to call it a refresh!

Fingers crossed and more to follow when we have appointed the contractors...