We are about to make a series of investments in the fixtures and fittings in the main reading room at Maindee Library. As a place which holds a collection of books we are pleased that the first things to happen is an improvement to the shelves! 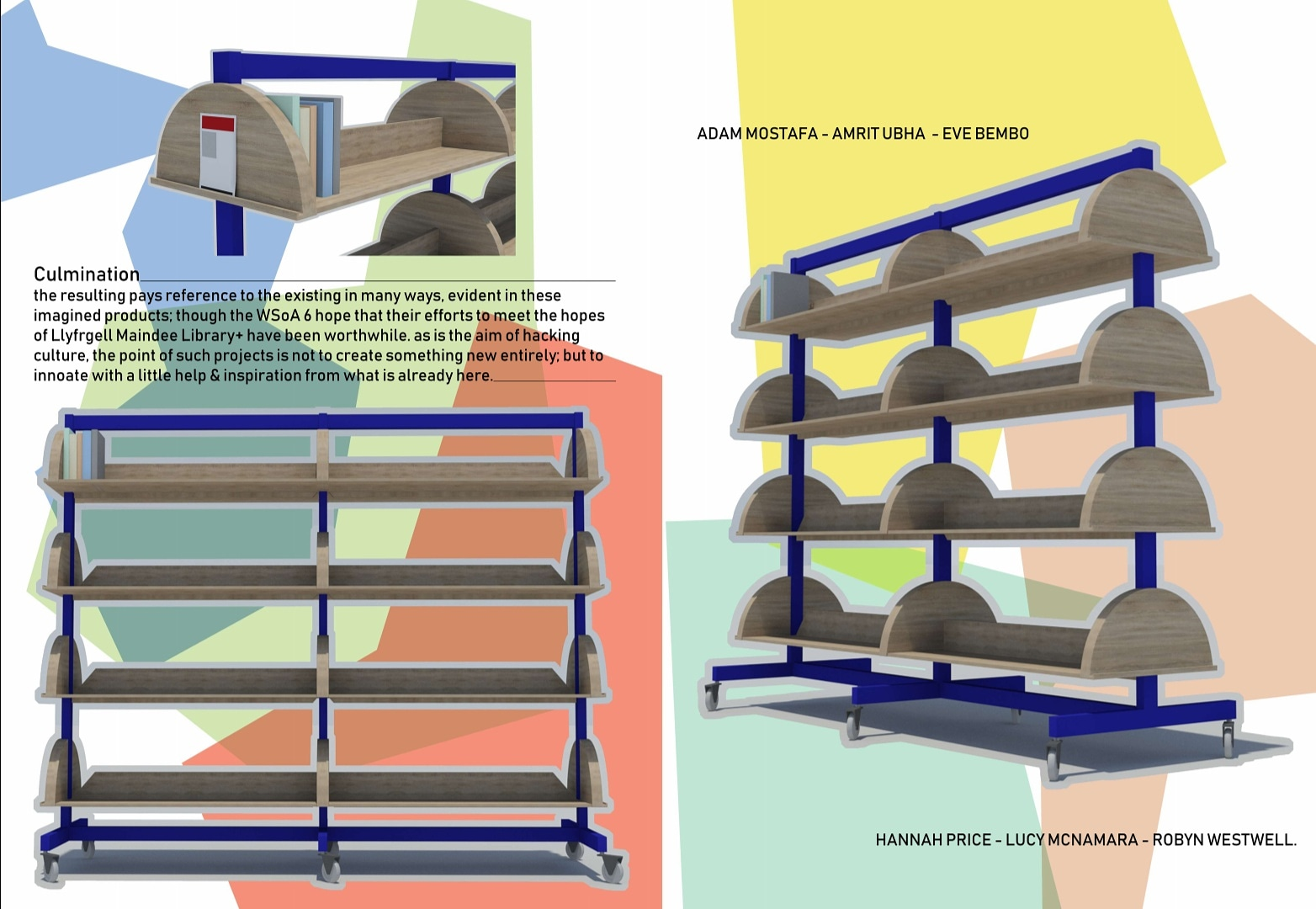 As with the spirit of the work done to the building so far, we are looking to create some new and functional from what is there already: we are going to ‘hack’ the current system with an elegant design - see image above - inspired by a group of Cardiff University Architecture Students. This blog explains the process of working with the student group and what happens next.


Maindee Library inherited a collection of shelves made out of metal and a dark blue colour from the days when Newport Council ran the building. Some are fixed to the walls and a bank of 4 rows on wheels can be moved around.


Library volunteers have spent two years working with the current system. Whilst we are really grateful to have shelving units that can be moved, many people have found design issues the current system. For example the shelves are too deep for most kinds of fiction books and that the book-ends are too small to stop books falling off.


As part of the architectural work - and capital invesment in the building - we decided to put money aside for a new shelving system and to spend some time on the design process. We decided to work again with a student design team - following the extremely valuable experience of working with a student group to make the mobile cafe in the winter months of 2017. This time we were able to bring an experienced product designer and maker to the project: David Henshall.


Process of working with students


Each year students from the architecture course at Cardiff University take part in Vertical Studio projects: a chance to work on a project with a real client. David Henshall pitched to the wider group of students and we were lucky to have Amrit, Adam, Eve, Hannah and Lucy commit to working with us for just over two weeks. Some of the group are pictured below at The Pod - with David in the middle of the scene. 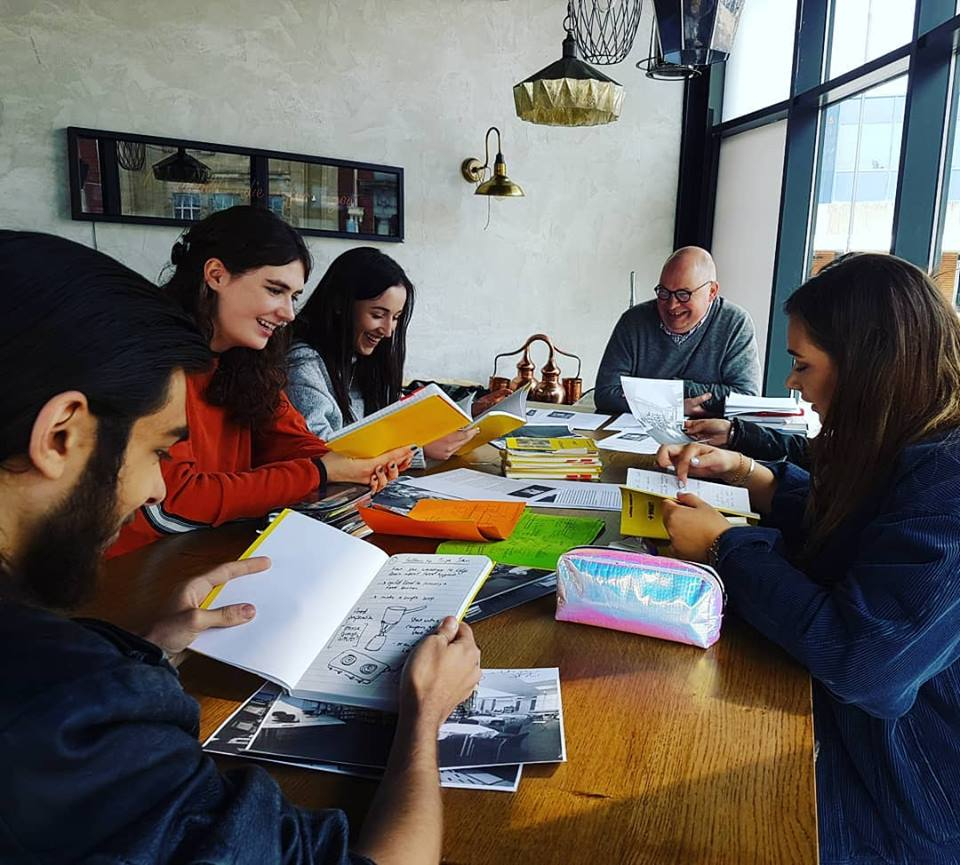 The group first met library volunteers in the middle of April and started to understand the main issues and opportunities with the system. The image below is from the second page of the six page design document produced by the student group for the shelves. 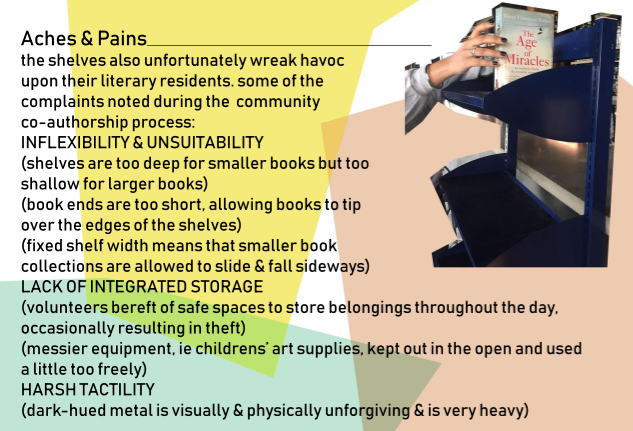 The group spent a lot of time in Maindee with guidance from David and the library volunteers. The early stages of the project included a day at The Pod where they worked through the competing objectives and ideas. Apart from solving the initial problem with the shelves, there was a desire to also consider how to present books and objects within the children's section of the library and also how storage could be included.


The design process focused largely on the practical level: such as how people would move the mobile shelves and the height of the units. In this regard some reference books were really useful and David Henshall's guidance as a product designer was particularly helpful. However, it was also important for the design to make a visual statement: and to connect with the look and feel of the library itself. The group saw that the book ends of the current shelving system have an elliptical shape. We understood that this design does not prevent books falling off, but more importantly it does not really work with the general feel of the library building.


The new design was been mocked up in cardboard - see above - and centres on a more sympathetic curve. The library building already has some curves visible in a few places - such as the archway which leads through to the new kitchen and throughout the building in the form of the new radiators or the gently-curved pillars behind them - see image below. 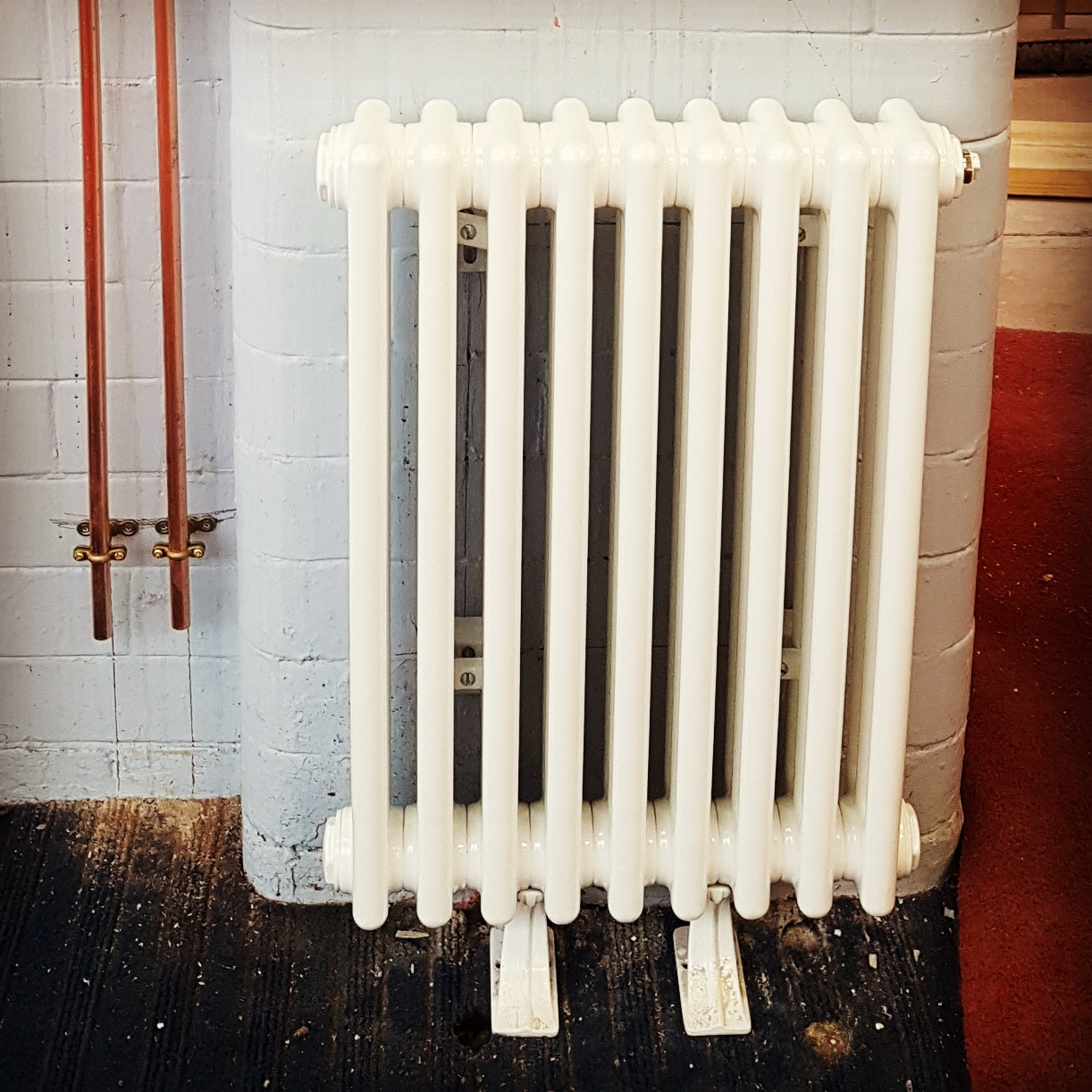 What did we all learn?


Following two weeks of hard work the group presented their designs to library volunteers. Amrit initially led the discussion and shared with us that the project was a great opportunity to work with real people and to see how their work could make a practical difference. Turning to the practical detail Eve added some thoughts on how the shelves would be made out of wood and how can be fixed to the existing frame. Throughout the discussion we sensed that quality is critical and that it is important not to let the brief wonder too much.


From the perspective of the library, we are happy that this design answers the main problems with the current system and also offers both a refreshed look for the shelves using wood as well as new functionality. The design document is on our website and gives a simple explanation of the process.


We are happy that this project represents the Arts Council of Wales’ philosophy for Ideas: People: Places - such as inclusive approach to design and also to hack existing system rather than buying in items which are off the shelf - please excuse the pun. Through the Arts Council of Wales' support for Finding Maindee we have been able to invest time and money in such initiatives.

Maindee Unlimited have agreed to commission David Hensall to further develop the design and implement throughout the entire system. David has a CNC machine at his studio in Newport. If you would like to get involved please get in contact via david@davidhenshall.net. David plans to start the design work just after the May bank holiday weekend and to conclude the whole process in June.

We are grateful to the student group for their imagination and commitment to this project; also to the invaluable guidance offered by David Hensall and the opportunity which came via George Lovesmith and the Welsh School of Architecture. A three-minute film is being produced at the moment and will be presented to the aptly-named Generosity architectural conference in Cardiff at the end of June. We will sahre this film on our social media platforms.