Today was the first day of Mr and Mrs Clark's week of inviting the neighbours to do some outdoor painting on Livingstone Place. Although it drizzled and rained all day, 16 members of the public took shelter under the trees to help lead artist Marion Cheung produce a quite amazing triptych of art works.

The theme for today was landscape and portrait - with Marion's painting of a face on the left complemented by our neighbours drawing landscape features such as alighthouse and terraced houses on the right. Mrs Clark helped bring the middle piece together and link the two ends. 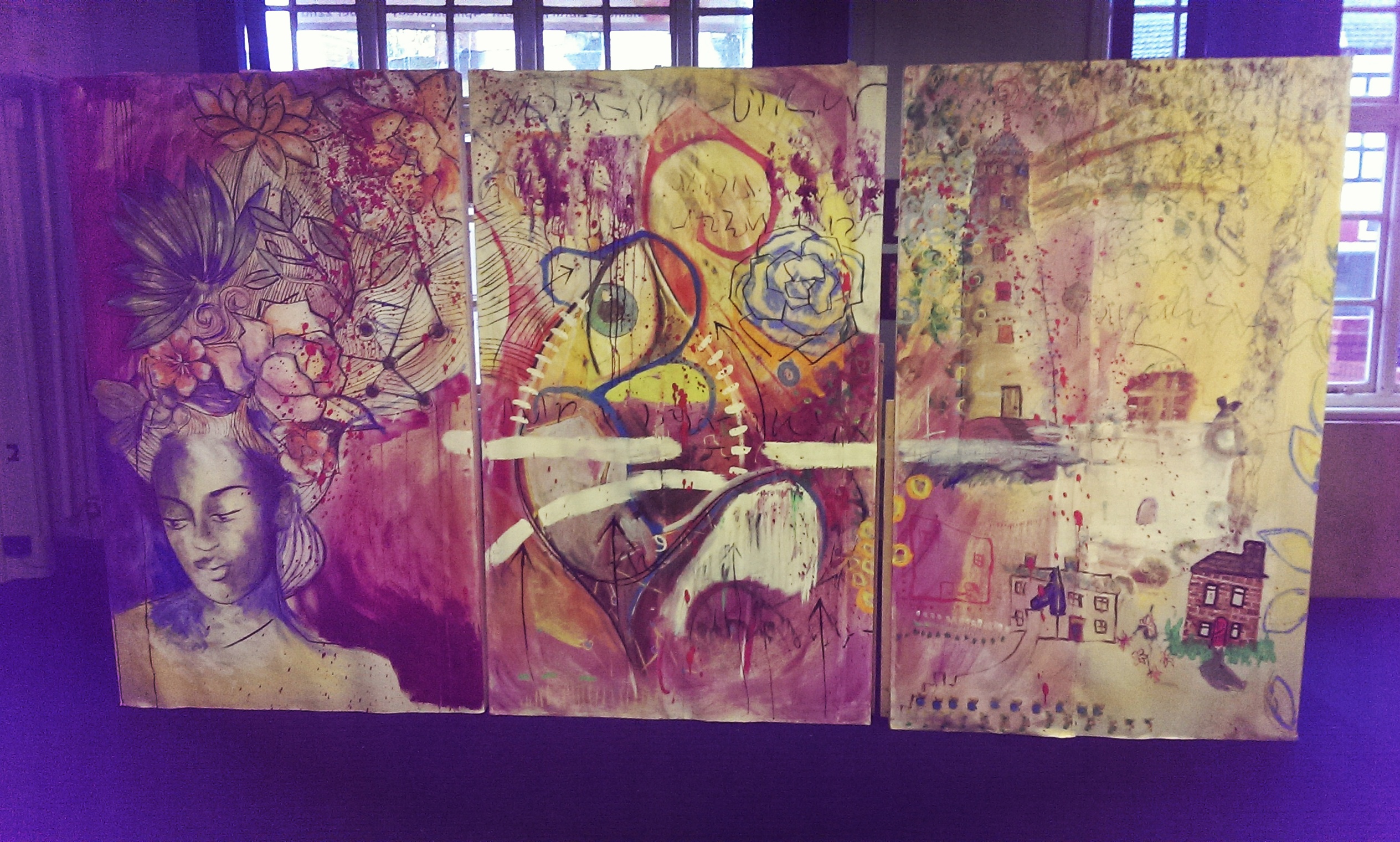 The day started with 3 large pieces of blank paper mounted on 3 large boards. As the day progressed we saw people start to add their own drawings and pictures. For example, the man shown on the right [image below] happened to be in Newport on a day visit from Manchester. He liked what he saw here so started to draw the Maindee house that he imagined living in. 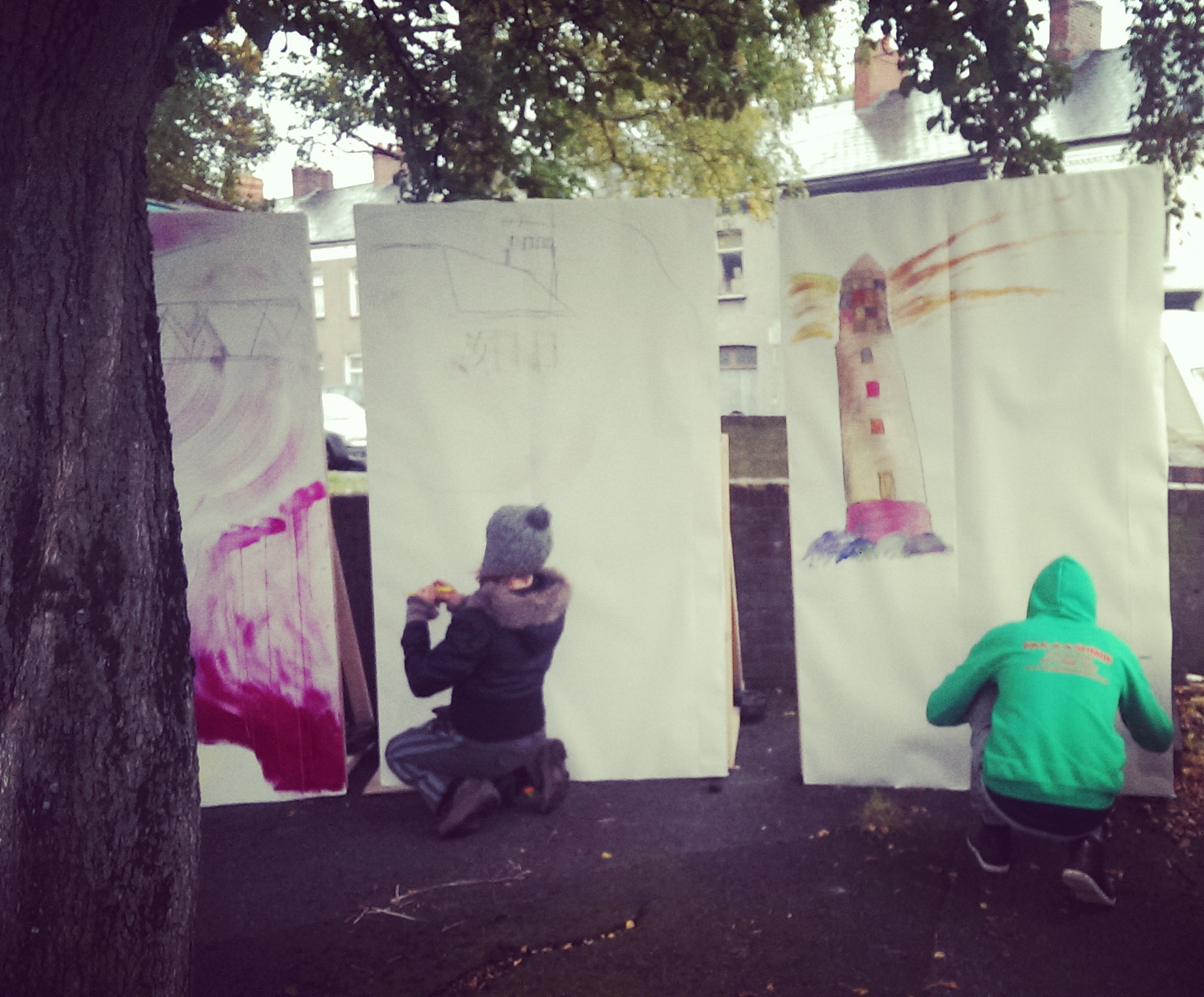 Even though it was raining Marega was excited by being outside and how it made people want to stop and talk. She was particularly appreciative of a man called Mohammed who commented that people in Maindee need such social spaces - both indoor like the library and outdoor such as the temporary space created today under the gazebo. He returned later on with cheese sandwiches, a flask of tea and a packet of chocolate covered digestives. A truly excellent neighbour!

As the day went on - and the rain refused to stop - we had many more people adding their marks. In the spirit of the UK-wide festival of drawing this October, through The Big Draw, we had lots of fun teaching people to draw with both their left and right hands at the same time. 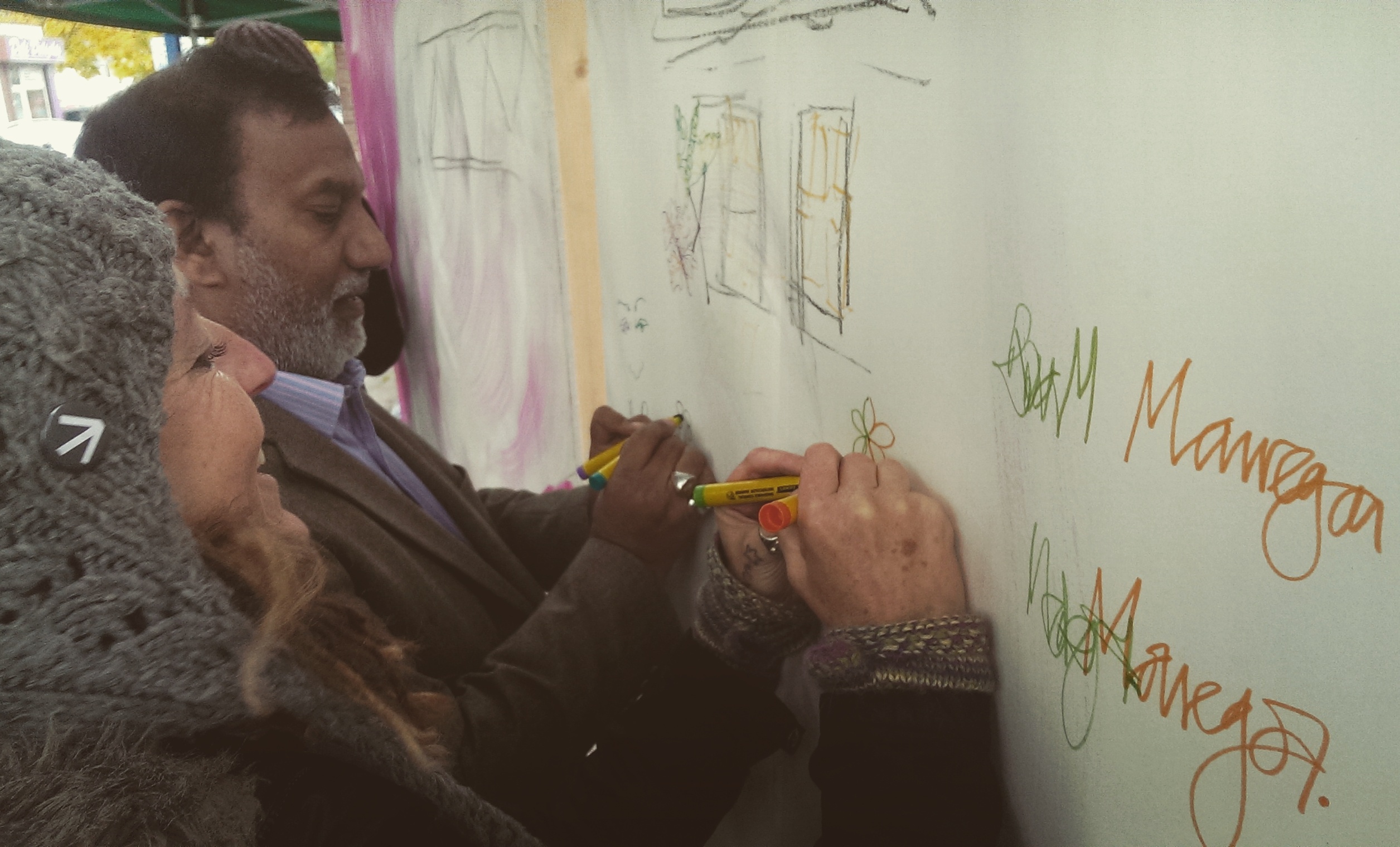 As regular readers of this blog will know, Marion Cheung has just finished a huge new paths-funded textiles project called Maindee Stories. Having finished such a large work she said it was lovely to be an artist today [see her portrait below] and that it was great to be outside making a mark.

We finish this write up with a dedication. The last person to make a mark on the wall today made a tribute to his homeless friend Brownie who died last night under the nearby George Street Bridge, age 32. RIP Brownie. 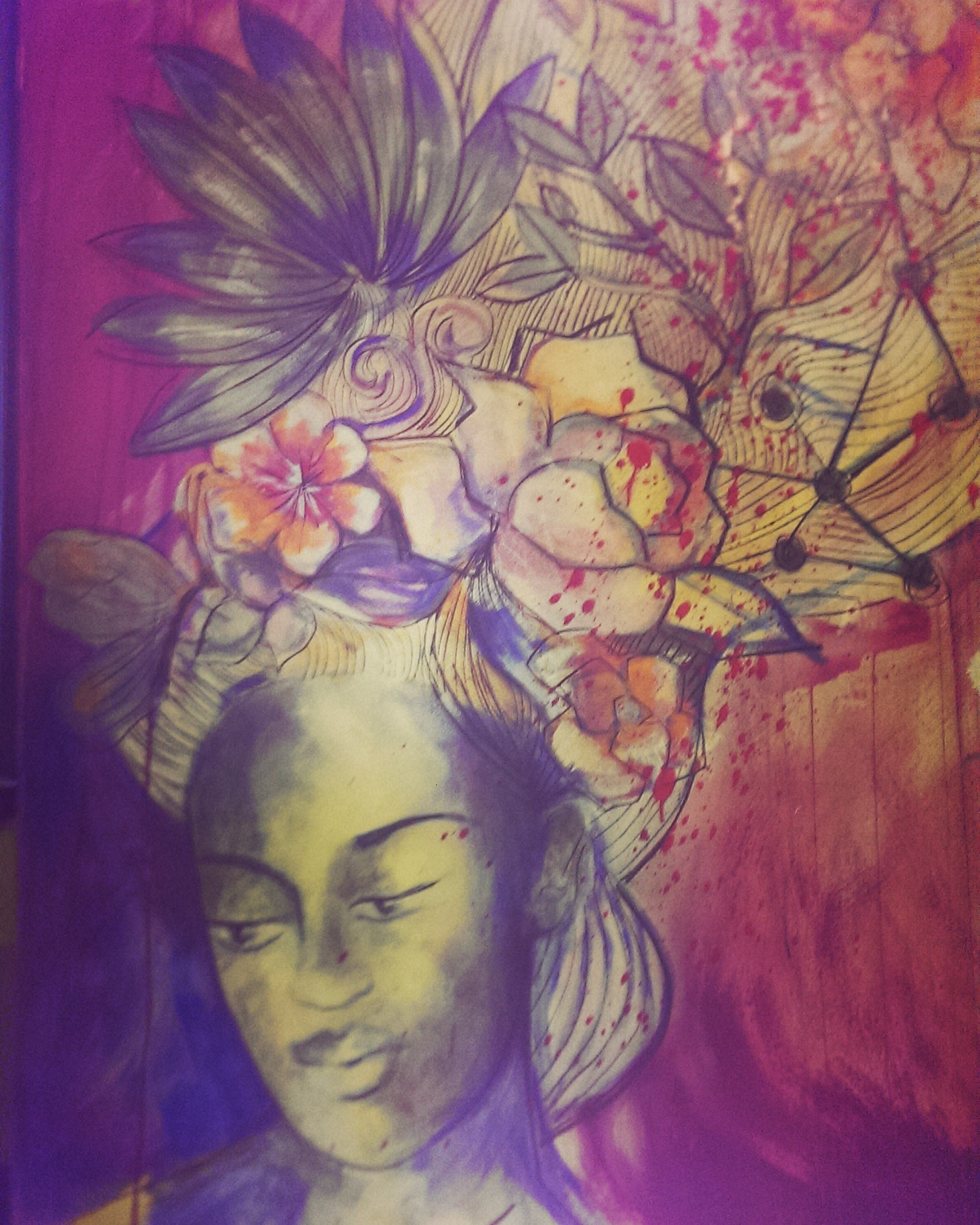 Tomorrow's session will be led by Bill Chambers and will focus on making prints. We hope you can join us!

Instagram images from today via Maindee Library and Das Clarks

The hosts Mr and Mrs Clark