Finding Maindee by learning from other places

Much of our work is located at Maindee Library on Chesptow Road. Like all libraries Maindee is part of a network of public resources which help us to understand and interpret the past: alongside archives like in Ebbw Vale and Newport's Museum and Art Gallery.

Through Finding Maindee we have the opportunity to find new ways of working and so understand how people sense and explore their heritage and history throughout their life-course – that’s to say chart where they live through photos like the ones on our Facebook page, through the 1985 Maindee Book and more recently with the different art projects that we are doing in 2016 [such as the tapestry]. 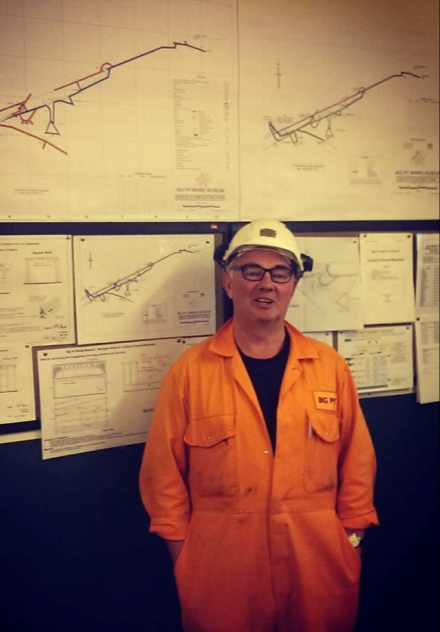 Time and technology moves on and we want to explore ways to keep accounts of our lives, such as the digital collection People's Collection Wales.. This summer we took the time to visit an award-winning museum to see how it explores history.

Not far from Newport, up the valley of the Afon Llwyd to Blaenavon, is Big Pit National Coal Museum. It is one of seven sites within The National Museum of Wales and located at the World Heritage Site. Big Pit is more than a preserved colliery; it is a unique space for the performance and representation of coal mining as a way of life which belongs to large parts of Wales.

In many ways the men who operate the underground tours act out the depth of emotions on a very regular basis; they explore relationships within the coal industry and represent a life previously led in many communities in Wales.

Although Big Pit is a concentration on one particular industry so significant to Wales’ history – coal mining – there is a real effort to curate this way of life through three different approaches:

1 - To go in a cage and travel underground down to a mine shaft and to be feel scared and excited as well as entertained by the ex-miner guides who give a first-hand a taste of that life;

2 - To explore objects in a more contemplative way at the pit head baths [below]: learn about life outside of the pit including the wider implications of accidents and strikes; and

3 - To see a display of mining machinery as objects at King Coal. There is a series of films with an actor performing the language and sense of humour of the miner. 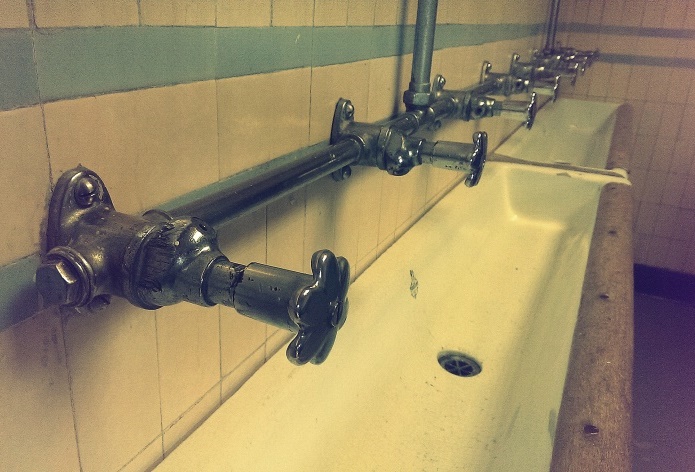 Going underground is something of an immersive performance: you dress up in different clothes, put on a helmet and lamp and then descend into the ground. Most children from Newport and south Wales will go there on a school trip. The thing which struck me at the age of nine or ten was how suddenly dark and quiet it was underground. We could not believe that there was absolutely no light at all.

As an adult visitor you will not have the same experience as a child. In truth it is only through talking about going down Big Pit that we can share the experience as nobody is allowed to take any ‘contraband’ electronic equipment underground. These safety rules stop recording devices like phones, cameras and even battery-powered watches. In many ways it is Big Pit’s endearing and romantic quality that you have to go to visit to really know what it is like.

An interesting example of a person who worked within the ‘contraband’ conditions was the artist Valerie Ganz who spent a year documenting the Six Bells Colliery in 1985. Much of her work is held at the Glynn Vivian Gallery in Swansea – where she lived for most of her life and died in 2015.

Documenting a way of life

Men worked underground, but the roles of the women within the coal mining industry are no less important. Some of the interpretation, such as films and images shown on the white sheet put out to dry [below] reveal the hard work involved in keeping a house and cleaning the dust from the clothes that miners wore. 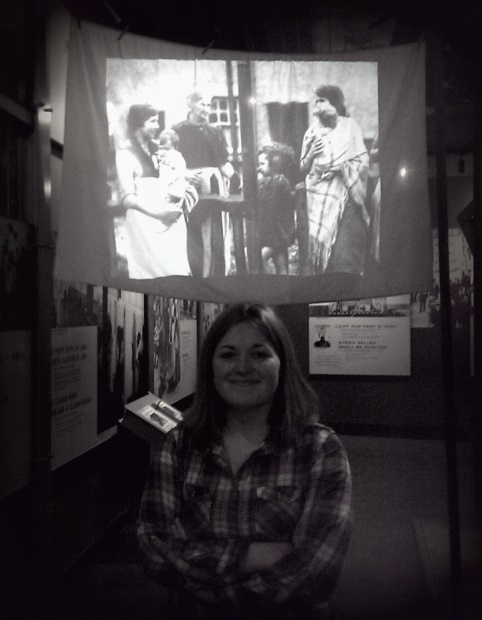 As the living memory of coal mining fades it is important to see the museum as a representation of life. Aside from what is on show, the museum runs educational sessions in the community where they meet the children and wives of ex-miners. From these sessions staff met people living with forms of dementia and find that touching objects, smells from rubber equipment and tasting sweets from the past evoke memories when other approaches don’t.

The National Museum has started to trial these approaches across different sites: for example with poetry sessions at the museum at Cathays Park in Cardiff and now have plans to redevelop the former Oakdale Institute now relocated at St Fagan, National History Museum. These objects help to connect with a wider effort to support the wellbeing of people.

How places like Big Pit can influence Finding Maindee

Big Pit has been a museum for over 30 years and has received significant public investment. Some of the items displayed here have been in the National Collection for over a century and only now are being displayed. Beyond the objects, the experiences of ex-miners who run the underground tours are priceless and the whole operation is fed by the interviews and knowledge contained within the editions of ‘Glo’ magazine – the magazine is a bit like this blog. 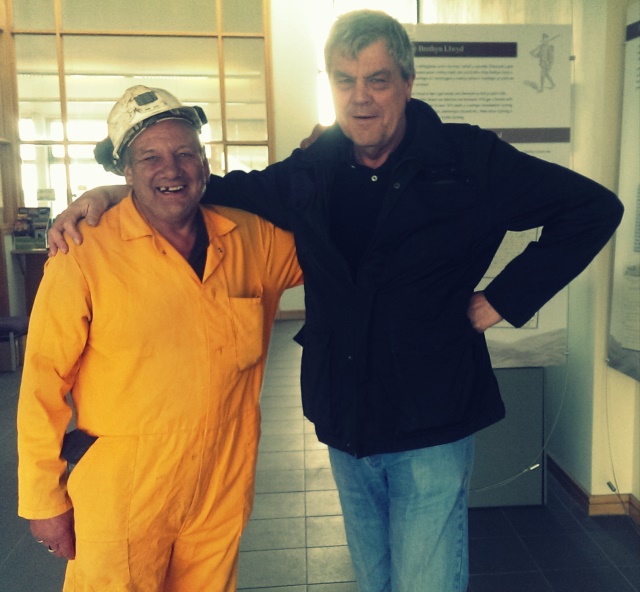 There is no doubt that the passing of time will change the experience of Big Pit: one day pretty soon the current curator and the ex-miner guides will have to retire and so the content at the Pit Head Baths and underground tours will lose something special. As a result the objects also lose their immediate meaning as few people will know how to operate a colliery winding gear, repair century-old mechanical items or check for methane gas. However, current efforts to trial new ways of interpreting the objects and history should pay off – and potentially have scope to explore the less-explored lives of women and children who lived in coal communities.

For us to really ‘find’ Maindee we could carefully concentrate on a subject matter and understand its limitations or maybe we should go the other way: by using a creative and artistic approach we can take some risks and see how people respond.

Over the next few months we will posting more stories about how we are exploring Maindee's heritage. We would be happy to get your ideas and views!

The National Museum of Wales