Last week Maindee Unlimited made the final award from the New Paths Fund. Community House Eton Road will be running a project to create a mural which represents the diverse group of cultures who live - and have lived - in the Maindee area.

The project idea was devised by Brian Selby [pictured below sitting at the table] and comes at the right time as it taps into the stories which have been uncovered by the 1,000 Voices project. 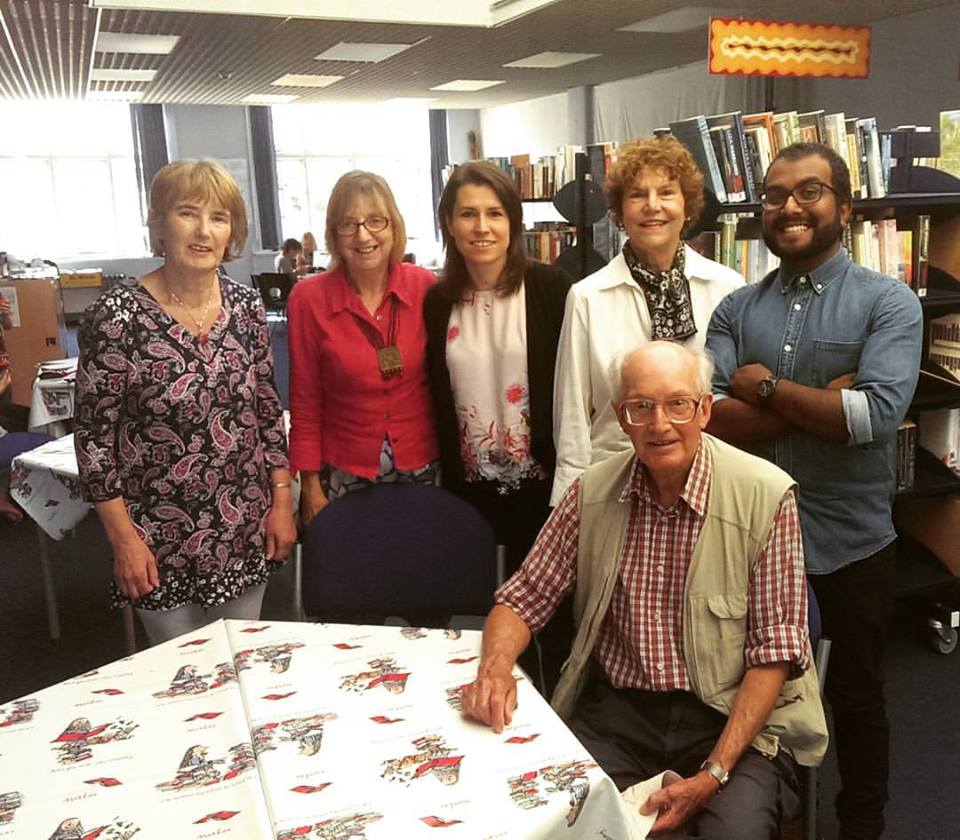 Marilyn Priday [pictured above second from left] said that: "Community House is delighted and grateful to have the last grant from Maindee New Paths."

This blog article gives some information about this latest project and gives some background on what has happened through New Paths since it was set up in 2015.

The final project will be run by Community House on Eton Road. Marilyn Priday, who has volunteered with the charity for many years, told us that:

"We plan to use the grant to enliven the look of our community centre with murals showing the activities which take place inside. It will be a community project.

We have been working on 'Building Caring Communities Together' in Maindee for 50 years. We celebrate the diversity which enrich our lives and feel sure that the centre is active in promoting peace at this difficult time."

What has happened through New Paths?

New Paths was one of the main elements from the Arts Council of Wales-funded Finding Maindee project which we have been running since 2015. The mural outside Community House will bring to conclusion a total of 25 initiatives which have accessed New Paths since it was setup. In total New Paths will have contributed nearly £30,000 to supporting creative projects in the community. 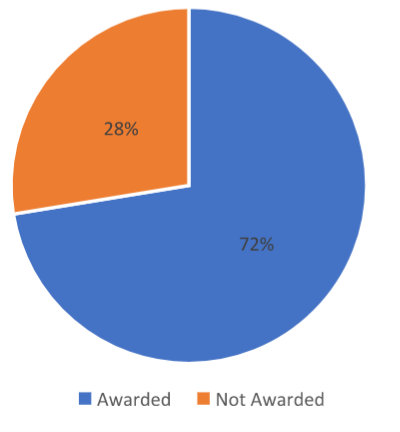 The pie chart above shows that we have funded 72% of the amount which was applied for.

There are also some projects which were initially rejected, subsequently developed and supported later on. For example, Rohan Bishop applied for some funding to run the Sounds Alive sessions. One happy coincidence from his project was that whilst we were not able to give him the money to buy a PA system, we were able to acquire one for Maindee Library which has been used for many of our monthly gatherings and also for film and musical events.

A broad range of projects

New Paths was meant to be a fund that would allow anybody with a strong connection to Maindee to trial a creative idea. Whoever applied for the funding would manage their own work and have the freedom to let their imagination lead.

The diversity of projects has been impressive: for example from Marion Cheung’s awesome Maindee Stories tapestry to Vudi's Activism & Photography workshops and the contributions from the South American and Senegambian communities to the Maindee Festival. Between these projects many new links have been made between people and the work has carried on outside of New Paths.

We have some current initiatives which you can still follow. For example Dilip Sinha has written an article about photographing the pigeon fanciers for the upcoming newsletter. You can also get involved with Dafydd Williams when he runs his camera obscura on Livingstone Place as part of the Newport Photo Marathon [Saturday 28th October and the half-term week]. We are really excited that Steve Jones [aka Stuart Farnswoth] has finished his Nonsensus surveys and will soon move to the next stage.

One of the best things about New Paths is the way that people have increasingly collaborated and taken their working relationships even further afield than Maindee or Newport. We have written up most of the gatherings here on the blog, such as this one from July 2017 where we first met Dafydd Williams or the March 2017 gathering where Robert Muza first put forward the Africa Day idea.

The next gathering will happen from 6pm on Thursday 16th November. The main focus will be the student project to make the mobile cafe for the library. We are always interested in people who want to give a short presentation so please email fez@maindee.org to get in touch.

Thanks to everybody who has responded so imaginatively to New Paths. The trustees and volunteers at Maindee Unlimited have learned a lot from the different ways that people have made creative connections with Maindee.