On Monday 4th we welcomed Endaf Griffiths from Wavehill Consulting to the library for discussion about evaluation; how we are gathering data and how we learn. We had a diverse range of views and perspectives at the meeting, including from PhD researcher Eugene Dubens, Maindee Unlimited trustee Angela Lloyd, artist Stephanie Roberts and somebody quite new to the library Kay Flatten. 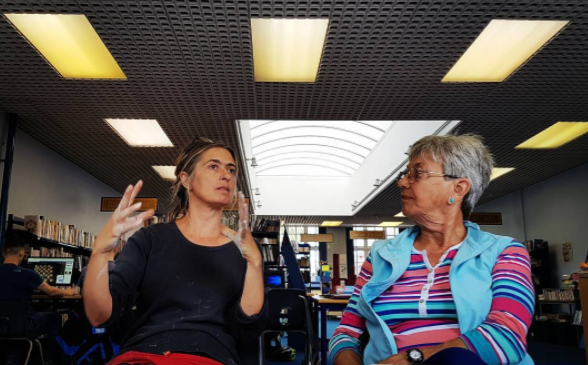 This blog article explains the conversation we had and gives an approach to project evaluation. We provide some detail about how we are gathering data and reflecting on practice as we: (1) develop capital projects such as work to Maindee Library; (2) work individuals and organisations as part of our monthly gatherings and running projects such as through New Paths; and (3) how we are learning by doing.

Some of the story behind managing our project

Through our 90 minute conversation we had a chance to consider the story of Maindee Unlimited; how a consortium had formed around Maindee Festival Association, Charter Housing, SEWREC and other organisations to bid for the ACW funding. John Hallam explained that Maindee Unlimited was constituted and then formed as a charity in 2014.

As the records on the Charity Commission website show, Maindee Unlimited spend just under £50,000 in 2015/16 financial year. By the end of the 2017/18 financial year we should have spent over £300,000. In financial terms the Finding Maindee project, and the funding from the Arts Council of Wales, has certainly helped this organisation to develop and evolve. We now have three part time paid staff and are taking on a complex capital project within the library building.

As a movement of people the work in Maindee has also prompted many others to take action. For example, Newport City Council are currently progressing an asset transfer policy for community buildings such as the library on Chepstow Road. We also discussed some of the unexpected activities run at the same time as Finding Maindee, for example the Healing Words creative writing workshops held in the library in the summerof 2017 and Operasonic's work to create Newport Legends. The latter work had impressed Kay and was particularly enjoyed by Angela Lloyd, who took part.

What we have achieved though Finding Maindee

We changed the discussion to look back on what we said we would do in our funding application to ACW. For example we are on the way to creating an arts space in Newport, though the library, and are currently working with KHBT to plan an outdoor space [The Triangle or Tryangle] at Livingstone Place. We have also funded a wide variety of New Paths projects and run the open arts gatherings at the library every month since January.

Referring to New Paths, Stephanie Roberts, who devised and delivered the Mosaic Maindee project in 2016, explained that artists in Newport had been desparate for a space. The collaborative gatherings in Maindee had therefore helped artists in Newport to meet and bounce of each other's ideas and projects. Stephanie pointed to the wall next to us to show some results of a workshop she had facilitated in August 2017. As an aside, it is worth pointing out that Stephanie's Mosaic Maindee workshops in 2016 helped us to change the dynamic of the library space. For example, we opened up an activity space at the back which has remained for over a year. This space is now used by people who want to work quietly, such as architect George Lovesmith pictured below, and this may also remain once the building has been refreshed. 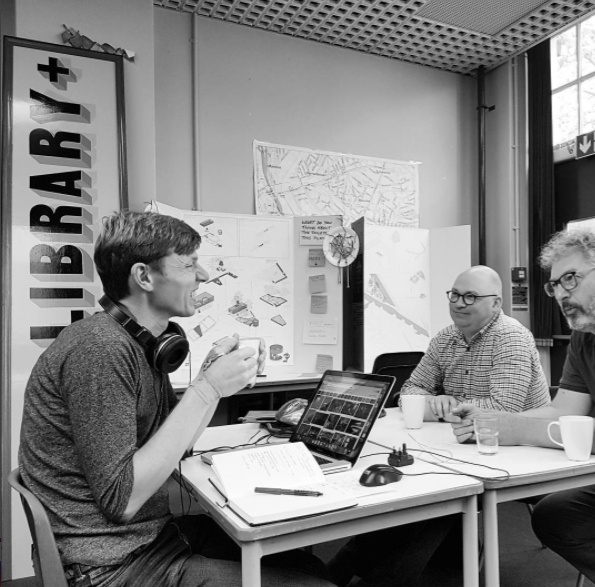 These discussions help to illustrate that this project has been developed in slow iterative stages or, what John Hallam, would describe as being responsive to need and opportunity. Looking back we have moved resources around and taken our focus off certain areas to concentrate on others.

For example, whilst the Street Media work was initially popular and useful in terms of making films like the ExtChange [see below], it was not reaching enough young people.

We do have expertise in lens-based media, and so Fez Miah and others are bringing the Newport Photomarathon to Maindee on Saturday October 28th.

The other big change from our initial proposed programme is not to have physically created the space with maps of Maindee and other materials. However, as the blog article about the Map Room from February 2017 illustrates, the timing was not right to find this space within the library. However, we have collected masses of material about Maindee through our projects, such as Stephanie's mosaic work and the Nonsensus by Steve Jones. We will weave this into the fabric of the buildng.

What sort of data are we gathering?

As our conversation developed, Endaf explained that Wavehill were not looking for any specific forms of data as part of their evaluation process. At this stage it is reassuring to hear this, but the reality is that we will have to blend the story articulated above with a set of metrics that can be more easily understood and transmitted.

For example, we can communicate some data to form snapshots of what has happened, such as:

Endaf explained that Wavehill will be looking to gather data in May 2018 for a report to the Arts Council of Wales in July 2018. The following is an example of how we have already been gathering data; and what we will be doing as we work towards next summer.


Our largest project, both in terms of financial resource and time spend talking to people and getting their views and ideas, is the capital development of the library space. During July 2017 and August we gathered data in three main ways, for example: (1) we ran two open public sessions [Thursday afternoon/evening and Saturday morning] which allowed us to gather ideas and reflections which were recorded in yellow notebooks; (2) we received over 50 detailed questionnaire responses from online and some hand written; and (3) as part of the You be the architect! session we captured 3 sets of responses [one for each team] as to how the library budget could be spent. Referring back architect George Lovesmith explained that:

"Using qualitative data from the questionnaires will be an ongoing process. It has however been key to look at people's reasons - for example - there are some library services which seem key to their sense of well being such as the children's section.

Discussions with people about the way they use the meeting room, or would use if it were better, are invaluable, particularly as this is an income stream for the organisation as it can be let out."

In terms of quantitative data, George explained that we looked through the surveys to count how many times different people referred to different spaces or parts of the building.The You be the architect! session was also interesting as the participants recorded their ideas for the library refurbishment as a set of figures; this is to say that they put a budget against a certain element of the building. We combine this measure of support alongside more qualitative accounts - for example written statements about what people really want.

The above methods allowed us to capture what people want from the space within the library. The results informed a Project Scope Proposal prepared by George Lovesmith and Sarah Hollingworth in the middle of August. Now that the project board have agreed to support a first phase of work we are feeding the responses back to our wider team through a film, a blog article and have printed plans on the wall. Similar approaches will be used as we take on the following phases of work.

In addition to project staff and library volunteers we are gathering data through artists such as Steve Jones, under the pseudonym of Stuart Farnsworth [pictured below]. Over the summer of 2017 Steve has used his whimsical approach to conduct nearly 500 door-to-door interviews with Maindee residents, using a set of 3 repeated questions. 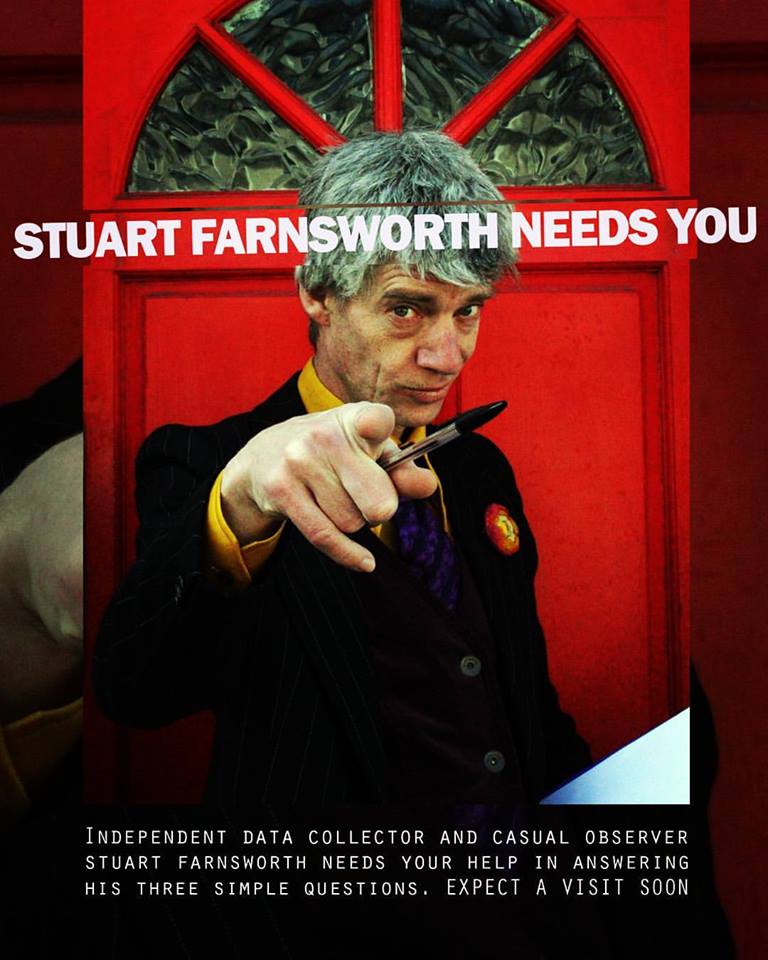 From September Steve will enter the second phase of his New Paths project where he works with 5 artists to interpret the findings.

Many of our other New Paths projects have gathered data on their practice, such as Stephanie Roberts and Robert Muza at Africa Day in May 2017. In July 2017 Marion Webber wrote an article on her own blog to reflect on the arts-led regeneration experince she had gained through Maindee Stories.

3. A learning-by-doing approach to understanding the overall project

We realise that we do not exist in a vacuum with this Finding Maindee project. For example, there will always be valuable initiatives like Newport Legends which will come along and it is clear that a massively reduced budget is a big driver behind Newport City Council transferring capital assets - like the library on Chepstow Road - to the community. In our session Kay Flatten gave her own perspective on how local authorties had cut their spending on culture because they have been forced to prioritise other things. Given such a context we are lucky to have received Arts Council of Wales funding and support.

The above examples illustrate that society is complicated. Though we could point at issues such as surviving in times of austerity or developing community-led provision of culture, we don't really have a particular theory that we are trying to prove with this project. However, what we have is a set of values, such as the belief in collaboration which is fuelling initiatives such as the Newport Photomarathon. We are also pushing openness in terms of what we write about on this blog.

It has taken a little bit of courage of write about the work on the library capital project, such as previous work by architect Huw Meredydd Owen and more recently the efforts to recruit the architects and develop the proposals. Our Instagram account is also a strong visual record where we make rough short films - such as interviews with KHBT. Fez makes higher quality films [like the one below] about different developments within our project. As such we aim to make a record of developments as they occur; including obscure shots of the way that the light enters the library, commending people when they do something good and generally representing the normal and everyday. 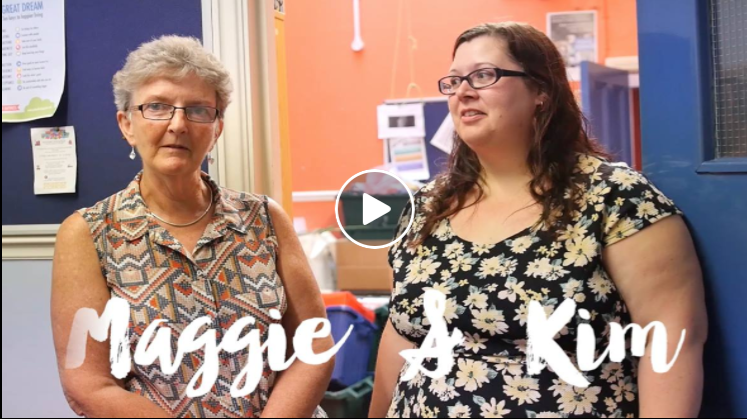 PhD researcher Eugene Dubens, present at the meeting, connected with this approach and articulated the importantance of capturing the process to include what he described as both the wonderful and the mediocre. To this end we are not aiming that anything we do will count as best practice for other projects; we are a collection of people with experience, ideas and access to certain opportunities and resources. Towards the May 2018 timescale set out by Endaf we will work more intensely with people like Eugene to help analyse all of the content we have produced. At this point it may be possible to formulate some theories as to what we have managed to do and what we have achieved.

Thanks to everybody who came to the meeting and also those who have read all the way down through this blog article. If you are interested in discussing this further, or for more information, please email aled@maindee.org