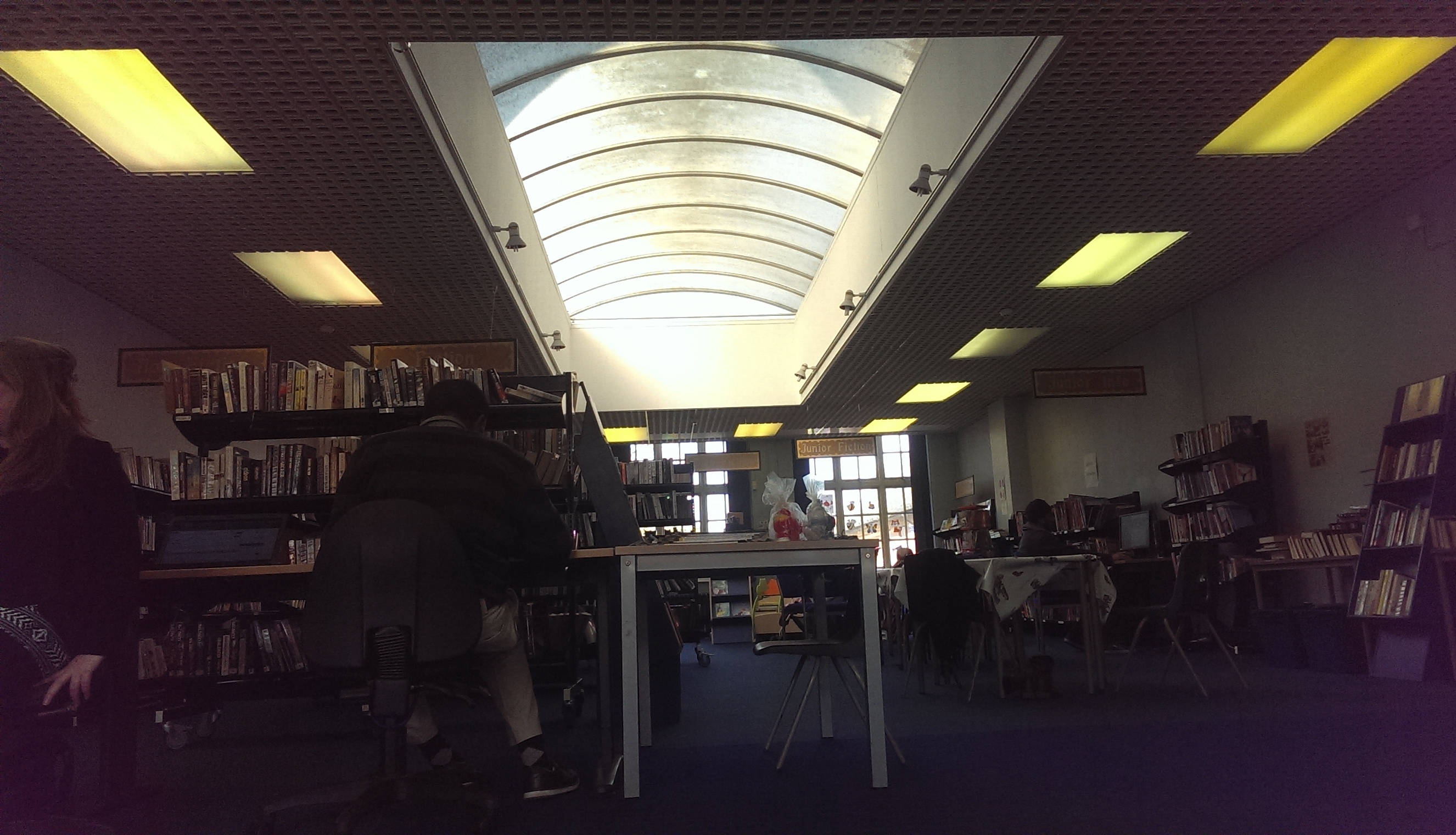 Being new to an area can be overwhelming.

Without that initial 'hometown' connection it's easy to feel isolated; but roots don't necessarily give you an emotional bond and communities are not just made up of the same people from the same place doing the same things.  They're diverse and creative, distinctive and multicultural, representing interests and ideas that can be shared with others or enjoyed alone and have the power to unite or even divide.

My own love of books led me to Maindee Library and, after discovering that it has been community-run since Newport City Council's Library Service withdrew its staffing and support, I decided to volunteer.  It’s dangerous to underestimate the importance of libraries – seriously.  They are a source of education, entertainment and security; sometimes the only source, especially for the vulnerable and people with lower incomes.  They provide resources and opportunities that may not otherwise be readily available, not only in book form but through internet access, events, and conversation, and can also be the first point of contact to the wider community.

This has been my experience anyway. 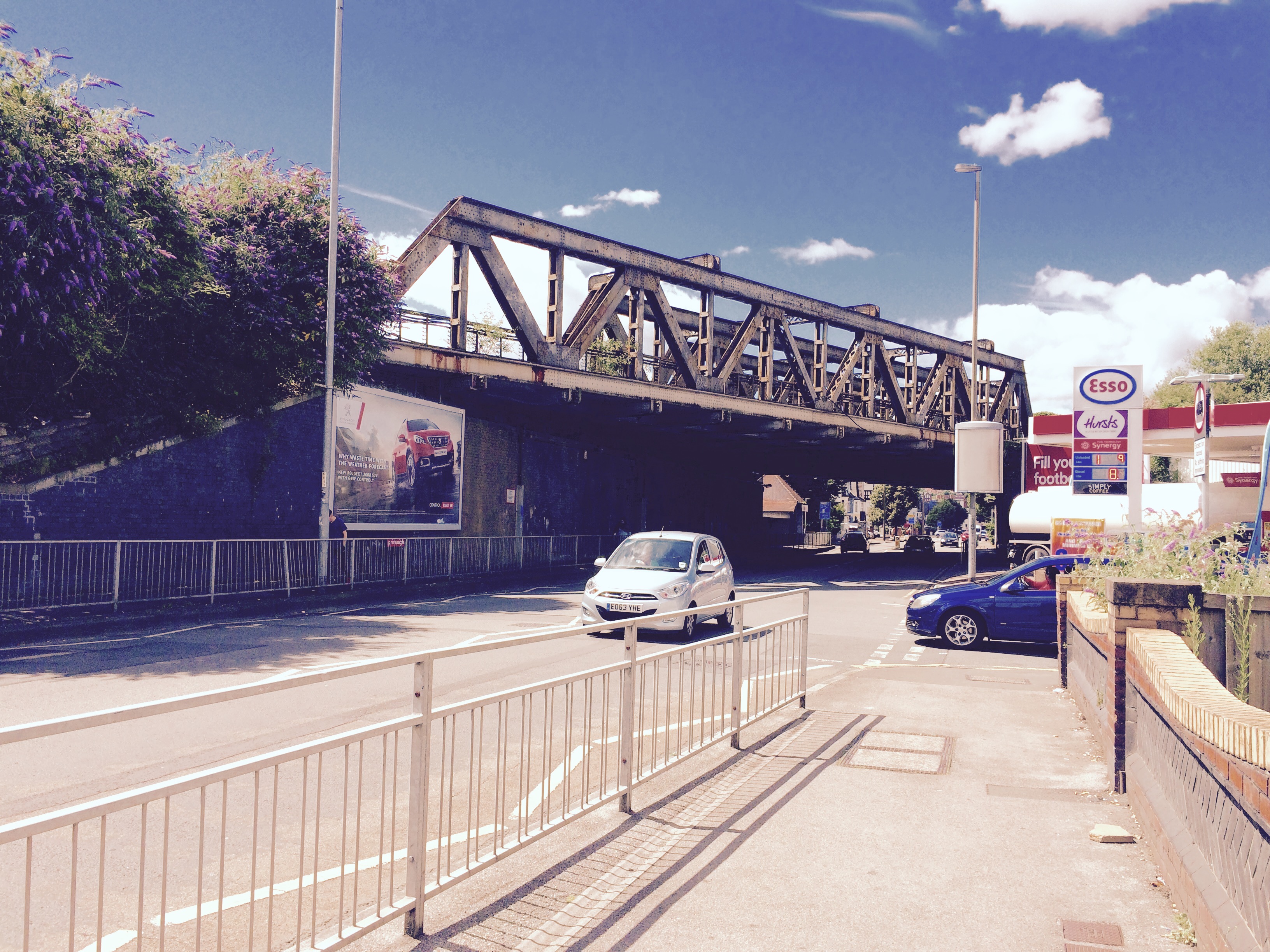 Through the library I was introduced to the various projects happening within Maindee and its surrounding neighbourhoods, many supported by Maindee Unlimited, each acting as a social and creative outlet to residents and all contributing to the identity of the area.  I was fortunate enough to see one of these projects (Maindee Stories) for myself, where I met Marion and the group of women involved in sewing a large piece dedicated to the area.  Inspired by the work of Grayson Perry, their aim is to tell a visual story (or stories) of the history, development, and future of Maindee through individual and shared experiences – some have even included family photos – reflecting a strong link between the community and personal identity.  This sense of identity was the main focus of a previous project – I Am Maindee – highlighting the connection one can have to a place, and creating a dialogue as to how and why an area can become such a vital part of who you are.  But a core identity can mean different things to different people and it’s important that everyone’s voice is heard – a goal which is shared by Maindee’s Street Media initiative.  Recently premiering one of their short films at The Neon, the project encourages young people to explore their interests and give their own unique perspectives through filmmaking and media.

Projects like these are crucial; not only can they build confidence and create a sense of belonging for those involved, but they also impact the wider community.  They contribute multiple and varied aspects to Maindee’s identity – sharing collaborative and differing narratives which add to the complexity of the area as a multicultural and cross-generational collective, where each person is given the freedom and support to express themselves.

This freedom of expression is reflected in events like the Maindee Festival.  Not long marking its 20th year, it brings the people of Newport together through art and celebrates the rich cultural diversity of the city.  Like the people themselves, the areas and communities within Newport are separate but connected – sharing ideas and resources to reflect the potential within. 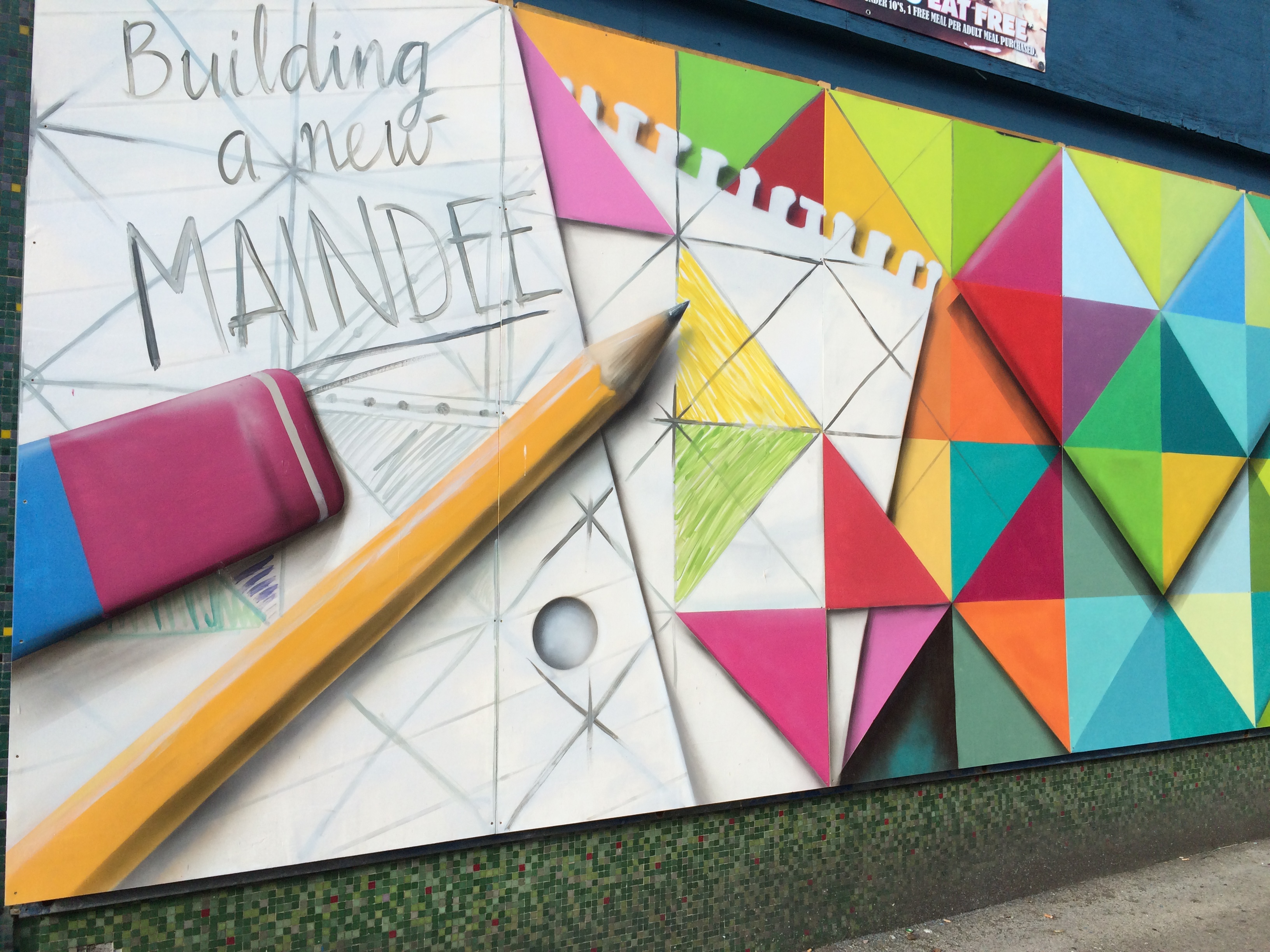 It’s obvious that there isn’t a want of creativity in Newport, but there is a real desire for change.  People want to be fairly represented, to challenge preconceptions and have the visual presence of Maindee reflect and develop the artistic and social influences of its residents.  Essentially they want a space they can feel proud of that connects the safe, community-centred aspects of the past with the diversity, progress and growing acceptance of the present.  Such views are fuelling the regeneration of Maindee -  an advancing project supported by local residents, traders, and volunteers through Maindee Unlimited – all working together to reach this goal.  Everyone involved has been really open about the developments, sharing past achievements like the reopening of the library and the newly-painted mural (last image) in Maindee Square, and even inviting me to meetings that focus on plans for the future.  The central intent is to adapt to the changing nature of Newport, highlighting Maindee’s artistic community in relation to its surroundings; in a similar way that Chapter Arts Centre is establishing Canton as the artistic district of Cardiff, Maindee hopes to be the artistic hub of Newport, adding another dimension to the city rather than detracting from the centre’s own regeneration.

Of course this is just what I have seen as a newcomer, but I’ve never really been involved in anything like this before, and by volunteering and writing this post I guess I have in a way helped add something to the idea of Maindee as well as grow my own confidence.  While the area is far from being some kind of utopian idyll, I feel like the passion and openness displayed here - the friendliness and encouragement from residents and volunteers - and the thought of the progress yet to be made is really exciting and I hope to be a part of it.

I am Maindee by Victoria J E Jones