Maindee
Get ready for the 2021 Festival. You'll see it here first!
Maindee.org

The Maindee Festival Association formed in 1997 to promote and celebrate the diversity of the people who live and work in the Maindee area of Newport, South Wales.

We organise the annual Maindee Festival, held in July, and use arts and environmental activities to bring together people of different ethnicity and cultural background, age, abilities, geographical location and faith communities.

We want to encourage people from all cultures and communities to get involved in the Association. Our aim is to build bridges between different communities to celebrate the rich cultural diversity of Newport and to support the economic, social and envronmental regeneration of Maindee.

Our meetings are held in English. We welcome members who do not speak English and will do our best to provide interpretation for you if you need this.

If you would like any more information, or would be interested in getting more involved in our work, we would be very pleased to hear from you.

MFA In Your Language

View our 'About Maindee Festival' pdf files in the following languages: 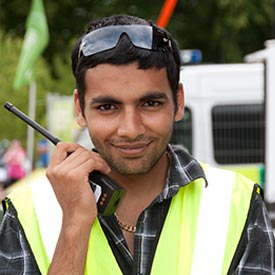